Author Will Mayo's Words and Thoughts

No Easy Way Out
by
Will Mayo
There was then that ceremony at the obscure Buddhist sect that I attended back in the summer of 1986 where all manner of congregants were humming in high pitched voices and the pretty blonde I was with described it all to me,
"You see how it goes? You just kneel before the shrine and re 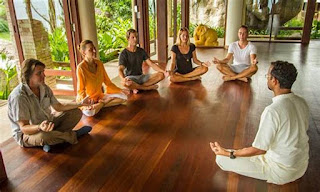 I nodded in bemusement and after a while the van load of happy, get rich, so called hippies dropped me off at my place and I headed over to the bar then.
"OMMMMM Nam Ringe Keyo," I chanted to myself at the bar.
All the tavern faithful looked at me in confusion and the bartender walked over and put another one on my tab.
"Damn," I said to myself. "No free beer." So much for those wishes. I had simply got to stop taking the easy way out. I drank my beer in stony silence and settled back to watch the game.

The Albino Boy
by
Will Mayo


It was the beginning of kindergarten in our rural Alabama community over 50 years ago and of all the boys and girls in my class I was most taken with a tall, thin albino boy with white hair and pink eyes. Though I tried to cozy up to him and get to know him he maintained his distance throughout the school year and kept his quiet and mysterious ways apart from the rest of us. 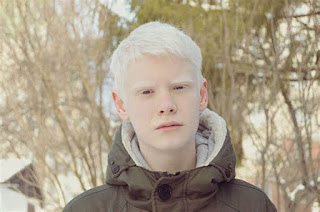 And when at last we left that little oasis of books and play at spring's end for the big elementary school down the street from us he did not join us. I have no idea to this day what became of him and even whether he is dead or alive is lost to me. But I can still remember staring into his white haired, pink eyed face a head taller than me that first day of school. Nervous, he twitched then. And never spoke a single word.

Frank Feather
by
Will Mayo 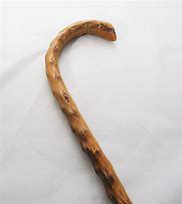 There is yet another Fredericktonian with whom I feel a certain connection. Frank Feather, he was called, wandering from house to house and often staying in an old barn he was known for the craftsmanship of his canes with which he whittled with just care. He was not at all the most popular of fellows and was known to have a rowdy temper and upon his death not many are known to have remarked on him but today the canes he carved in return for one or another's kindness are worth a sizeable fortune. I think of him now and then when I think about giving up due to the poor opinion I may hold in the eyes of one or another. "Think of Frank," I say to myself and pen another line. And then I go on.

Don's Greatest High
With Thanks To Celine Rose Marriotti
by
Will Mayo
Well, I'm Don at the bar and I've tried lots of things. I tried whiskey and that put me into a torpor. Then I went down to the opium den, tried a little hashish, got me some of Coleridge's visions and laid into a sleep where I dreamed nothing more. Finally, wishing to try out death, hearing how that was the greatest high of all, I went to Gabriel and asked him to lay me under whereupon he struck me with his staff and down I went into oblivion. 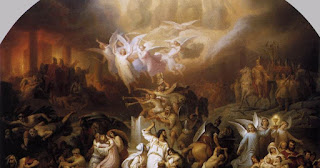 There, I saw all the ghosts asleep in their beds. And there I dreamed of life, the sweetest things, naked human beings playing upon the grass and swimming upon the seas, and wanting my dream to come true, wanting to be alive once more I blew Krishna's mighty horn and all the worlds appeared before me, spun and sent me into the living again. And I have to say living's the greatest. Treasure every moment. You never know what will come next.

Love And A Grave And A Newborn Tale
by
Will Mayo
And so young Mary Godwin was so taken with the tales of her mother's appeals to women's equality everywhere - a goal cut short by her mother's death in giving birth to Mary that the young maiden would spend many an hour loitering about her mother's grave. It seemed not so much as much a place of despair as of great charm. So when Percy Shelley came courting her from afar it seemed the most natural thing for her to say, "Come, Percy, make love to me atop the grave where my own mother lies moldering." 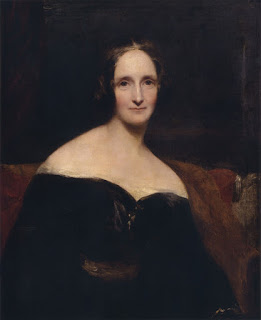 And make love they did, all their buttons and pantaloons and assorted garments thrown to the surrounding stones. There! There! atop her mother's tomb in the light of the full moon she mounted Percy's loins in the starlight until they both gasped for relief and she wondered to herself, "What strange life shall be born of this?"

They both came again under that glowering moon and it was there - there! - long before they would meet with Lord Byron and his devoted doctor on the shores of Lake Geneva that a tale was truly born. And that tale, you have only to know, was none other than "Frankenstein" born that night when she and her lover gave new life to the dead...

And perhaps the Jains are right. Perhaps we endlessly repeat our lives and our civilizations from universe to universe trying just one more time to make it all right. 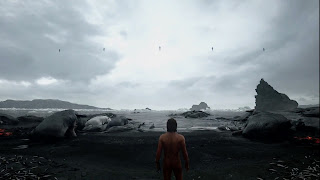 Until, at last, all fades to silence and emptiness and decay and the emptiness of which we are made and we are done at last with all life, with all being. The final triumph simply to be nothing at all. 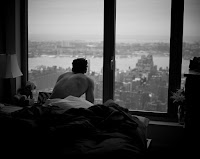 I will find me a good looking woman
and marry and bed her for all the nights to come.
When time comes
I will retire from that wealthy job
and sail away with my good looking wife
to go to unseen ports
to do all the things no man
has ever done before.
But time does not come.
It wears a heavy stone.
And I lie asleep here in bed happy and content
for all the miles to come.