This Week With Will Mayo - Short Stories to Ponder


A Kathmandu Haircut
by
Will Mayo
I dreamed during a short rest a little while ago that I was getting a haircut in Kathmandu.
"Just a little bit off all the way around," I said to the barber.
"You got it," he said.
Then I asked, "What time is it?"
"About 9:30 in the morning," he replied.
Finally, I asked what year it was. 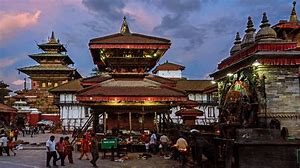 "2030," he said.
Somehow, that didn't sound right to me but I said nothing about the matter.
My haircut was then done. I paid the barber in the coin of the realm and walked out into the sunlight beaming off the Himalayas around and made my way through the pagodas and dancing priests to the squares above. Wonderful, I said to myself. Life was good and I was content.
Then I woke to my so called real life and it was another day. Time to get my bearings.

Crossing The States
by
Will Mayo

I opened my eyes. Waking up briefly. Darkness all around save for a silhouette beside me. I was in a car. On a ride I had caught in Tennessee. It was January of 1977. We were crossing America.
"Wh-Where are we?" I asked.
"See those lights up ahead," the driver said. "It's Oklahoma City. Looks close but the terrain's so flat we've a way's further to go than it looks."
"Cool," I said and fell back asleep.
A little while later I woke again.
"Are we in Oklahoma City?" I asked.
"No," he said pointing at the lights in the distance which looked much the same. "Still a way's to go."
"Oh, all right," I said and fell asleep again.
And then I woke again.
"Are we there? In Oklahoma City?" I asked. For I was eager to see America. 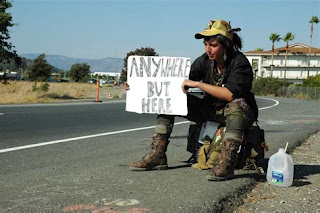 "Not yet," he said. And still those lights looked the same. And I fell asleep.
Finally, I woke. The night I could see was turning to dawn. And the lights were nowhere in sight.
"Where are we?" I asked.
"Where are we?" the driver asked back. "Why, we are in Texas."
"Pass me that whiskey," I said. "I'd like to get to know Texas."
And he brought out a whiskey bottle from beside him and I took a draught, long, deep and bitter. We were alive, so alive in the world like never before and we were young yet. I passed the whiskey back and soon I got out and I thumbed another ride. Onward. Always onward.


Andrea And The Willow Tree
by
Will Mayo
Deacon Scott walked out of Saint John's Catholic Church from underneath its soaring spires with a troubled gaze. He was newly ordained as deacon and while he had mastered all that he had needed to learn to come this far he felt that something was missing in his mission. He had had long discussions with Father Williams about everything from the basics of church doctrine to Pope Francis's Day Of The Poor yet he felt that he was lacking that core belief to the salvation of his soul let alone any others. Something would come, however. He was optimistic about that much.
He walked down the street, crossing carefully where Market Street met the church avenue, thinking perhaps a walk would clear his head. His steps quickened as he walked in this warm summer day taking in everything from the street venders to the musicians out singing for quarters. Nothing registered. He walked on.
As he headed down the last stretch towards the park, the sky quickly darkened, the rain came whistling down, the waters filling Scott's shoes. Never minding it all, Scott walked on.
And then just as he reached Baker Park, there was a flash of light, lightning cracked down from the sky and the young deacon saw it all. He saw the lightning cut right through that old willow tree mercilessly that had stood there for generations close by the bandshell, harboring wedding parties and drunken revelries alike for year after year after countless year, that old willow tree that met its own end of the road now as we all surely must. With a crack and a roar, it smashed its way to the ground, its topmost branches poking their way out of the ruin of a covered picnic table and bench that had been home to the old Andrea that he had talked to in his wanderings during his breaks from his studying for the ordination. Just as he knew Latin and Greek she knew the language of the streets and the two had reached an understanding few could ever really know save these two lost in the lore of the world.
The skies cleared as quickly as they had filled with the pouring rain. Crowds of people came and stood around the base of the willow tree, from newspaper reporters to the mayor, and stood and mourned the passing of this mighty tree that had stood for generations, all their lives, really. 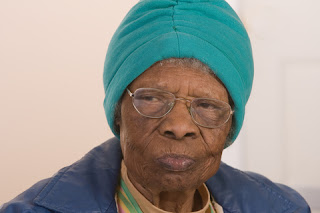 But the deacon's eyes were not on the base of the tree but upon its topmost branches which had once reached to the heavens and had now destroyed Andrea's home. Out of the death of the old, he felt that somehow something new would emerge. A better life if not a new one.

And so he wrapped his arm around Andrea's shoulders and said,
"Come, Andrea. Let's get you a better home."
With that, they walked together out of the park, the young Catholic deacon and the old African American homeless woman, seeking something new in the world. Something would come out of all this. They could only do it together, not apart. And so they walked on, the sun shining brightly down on them all the way.


With Memories Of The Valley
by
Will Mayo 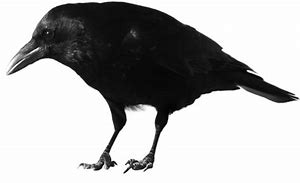 Battered about the cornfield,


brought lost reminiscences
best not remembered.
There, pine needles too sharp for the brood
sent him in another direction.

Another compass sent him in sight of hunter's guns,
manned by those too old and blind to tell the bird. 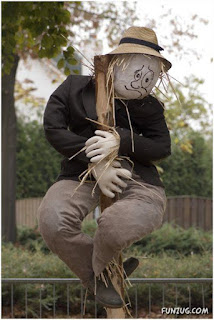 Still he flew upon wings worn tired by time
and air gone heavy with condensation.
Remembering mates lost by the age
and young born for some reptile's fancy.
Till at last the clouds came down.
With heaven's hands he flew on
in search of the green valley.
Memories grew better with the dawn.