Be sure to check out my books at Bold Venture Press.com


I know I was 6 years old when I got on the writing rollercoaster. Although I was born in Portland, Me., my father had moved the family to Akron, Ohio just before I turned 6 in August. We moved again the next summer. So, we lived in that house on Portage Path for just the one year.

I was on the floor there, looking at the newspaper, when I saw names on the page. These days, that probably 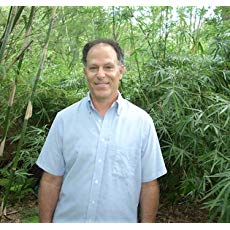 couldn't happen. Newspapers are fading away as most people get news from the internet. Also, with ipads and other technological gadgets, reading is becoming a lost art. However, when I was growing up in the 1950s, Television was still relatively new, but already replacing radio. Newspapers were the major source of in-home amusement and news. I was probably more interested in the comics, but the bylines caught my attention.

My dad explained that those were the people who wrote the stories. That sounded neat. I decided to be a newspaper reporter. To do that, I had to know how to write. The idea that I could or could not write never entered my mind.

I absorbed journalistic writing. In sixth grade, for my first essay, I wrote a series of fictional news articles on Argentina. Without thinking or questioning my choice, I placed them in newspaper format. It just seemed the natural way to write. I suspect the teacher expected a normal essay. She certainly was surprised by my submission. She also loved it and encouraged me. On all my future essays, I always put on the cover "author of the fabulous Argentina report" or similar phrases. Each new essay was heralded on the next one as well.

I suspect my writing wasn't very good. My grades certainly were only slightly above average. Nevertheless, I worked for my junior high and high school newspapers. Headlines I wrote in high school won national recognition. I remember one: two students, Mark and Martha, had won scholarships from Chrysler Corp. The headline: "M & M Sweet to Chrysler."

At Kent State University, as an undergraduate, I was editor of the Daily Kent Stater during the fall after the Kent State shootings. That paper would be named the top college newspaper in the country in spring 1971. Of course, with all the investigations and reports, we had a lot to write about. In my senior year, I was a campus correspondent for the New York Times.

After college, I worked for a trade journal, public relations and advertising, but was chafing to join a newspaper. I finally got a change in 1980, becoming a lifestyle reporter with the New Haven Register. Later, I was business editor for the Daytona Beach News-Journal and a correspondent for the Orlando Sentinel. For nine years, I served as an editor of Halifax magazine, a general interest publication that circulated around east-central Florida.
While all that was going on, I also taught writing at various schools as an adjunct instructor and pursued religious history as an avocation. As a result, I can honestly say that there are very few topics I haven't written something about. One friend in New Haven insisted my name was posted at mental hospitals so every kook knew who to contact for a story.

Most of my early books were in religious history and were typically written on subjects that were not available to the general reader. However, in a funk after my girlfriend broke up with me before the 1976 bicentennial fireworks, I started writing novels. The early ones were weak, but not the more recent crop.

I am still writing, mostly as a ghostwriter for clients around the world. I also do poetry and short stories as the whim strikes. After all these years, I've never lost my enthusiasm for a byline.


In 95 C.E., inspired by a letter, a fallen Roman aristocrat finds true faith and martyrdom with early Christians after enduring terrible ordeals. (Published in June 2019)
https://amzn.to/31SXjon 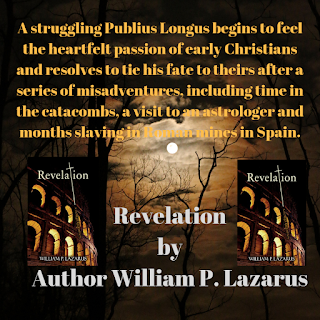 Time Warp: Book One
Forced to leave his own planet because of a civil war, Prince Anton flees into the unknown universe with only his all-knowing, automatonlike horse, Thurgose, for company. En route to Earth, the closest inhabited planet, Anton quickly finds enemies are chasing him and he must veer to another planet where heralded fighters face off against weeds and poaching creates serious dangers. His spaceship damaged, he and Thurgose return to an Earth where every thought is captured by computers, as ambitious residents battle for the chance to get pills that will make them immortal. Trapped inside a military complex, Anton must find a way to escape, get back his ship, and somehow evade his enemies in the heavens above and on Earth. To do that, he has only a woman who has deserted her post to help him and an energy-deprived Thurgose.  https://amzn.to/2Hkw7ae

Time Warp: Book Two
Trapped on Earth as his archenemy Wyron hovers dangerously in the sky above, Crown Prince Anton can only rely for assistance on his fantastic automatonic rocking horse Thurgose and a friendly bureaucrat named Bonnie. They try to

hide with Outsiders, people who have rejected society’s push for ratings to achieve immortality, finding Bonnie’s brother among them.
Wyron won’t wait and attacks, forcing the Americans to turn to the only ones who can save them, Anton and Thurgose.

With his ship repaired and joined by a human crew, Anton sets off for an epic battle.
https://amzn.to/2L5uxd9

Time Warp: Book Three
Two implacable enemies, Wyron and Dalian Crown Prince Anton, disagree on the fates of their respective planets, but must join forces when one spaceship is crippled in an interstellar battle.

With two unexpected passengers, a mischievous hologram, a human crew and an all-purpose rocking horse named Thurgose, the two aliens head back to their own galaxy to discover what really happened. They must escape from pursuing Americans who are trying to rescue the humans on board, and overcome obstacles en route to Dalia. Moving rapidly by warping space, they move closer to finding the truth while discovering just how devious Thurgose can be. https://amzn.to/2KPvoQz

The great seer recounts his unusual life to a young scribe hoping to learn how to become famous. (published in 2018) https://www.amazon.com/gp/product/1791732534/ref=dbs_a_def_rwt_bibl_vppi_i8

The Unauthorized Biography of Nostradamus

The Unauthorized Biography of Nostradamus, a rollicking novel that follows the famed seer through riotous adventures. https://amzn.to/2ZloztX


Revere River seemed like a good idea. After that, everything went downhill—the residents, who grew weary of the unrelenting snow; the avalanche that killed another chunk of the citizens, and their economic base; and the nearest town’s population consisting of outlaws and bounty hunters. Now a slick shyster has Revere River in his hip pocket — but when lust overpowers greed, the town’s delicate existance will crack like ice. https://amzn.to/2ZhIb1X

Bond? James Bond? He couldn’t be James Bond, and probably wasn’t.Unfortunately for Police Sgt. McConnell, the mystery man believes he is the legendary secret agent, and he can’t be dismissed with a shaken-not-stirred vodka martini and a pat on the head. He has information regarding a murder, and he won’t reveal anything unless she plays along. But things get serious when “Bond” starts taking chances with their lives—and the culprits are playing for keeps. https://amzn.to/2L1v5RA

Adventures in Bonding: Past Tense (murder-mystery)
When a young man points a gun at a Florida motel accountant, she finds herself in the seamy underworld of her small town, exposing family secrets, while coping with a person claiming to be the real James Bond. (Second in a series; published in June 2019)https://amzn.to/2P73qUp

Family Business:
A stockbroker finds himself entrapped in a conspiracy to take over the United States through an unusual market that deals only with families.
https://amzn.to/2U4johb 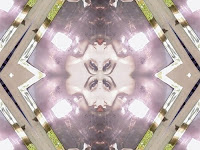 Kingsport (drama):
A strange white man at her mother’s funeral drives Maria Stevens to piece together scant clues and uncover her mother’s incredible, hidden past as possibly the first successful black female Country singer. While dealing with often-hostile relatives, Maria also struggles to hold onto the family land that had been passed down by slaves who were freed after the Civil War. 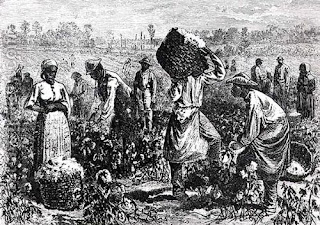 The two-pronged conflict eventually forces her to confront extreme racism of the past that overwhelmed her mother. Maria discovers that her mother made the agonizing decision to forgo a career in order to protect her own children. She also realizes that retaining the family land preserves her mother’s true legacy. https://amzn.to/2P7314l 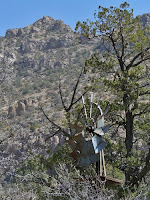 The Second Coming (religious history): A trio of young men start a scam religion only to have their leader fall for the hype. He soon founds that murder becomes part of the ritual and eventually must either accept his belief or reject everything. https://amzn.to/2KPotH5 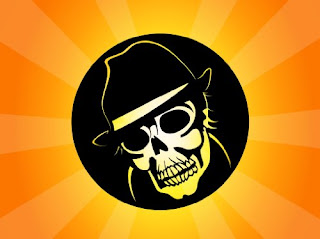 Moonbeam:
A survivor of the apocalypse awaits his fate.
https://amzn.to/2KN2kZK


A look at the similarities and differences among Judaism, Christianity and Islam (published in 2008) https://www.amazon.com/gp/product/0470230657/ref=dbs_a_def_rwt_bibl_vppi_i0 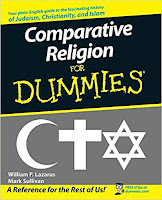 The Messiah:
This book explains the origin of the messianic concept and asks why Jesus was placed in that role.  It introduces dozens of false messiahs from history and answers the question whether or not the messiah will ever come.
https://amzn.to/2L3QdX7 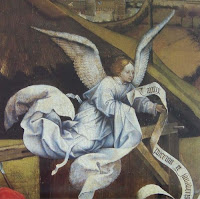 Noel:  The Lore and Tradition of Christmas Carols
This book provides the history of favorite Christmas carols as well as the background into what the songs are really talking about.  Topics include animals in the manger; star of Bethlehem; the changing role of Joseph; eggnog; angels; Magi and many more. https://amzn.to/2NqZNpS 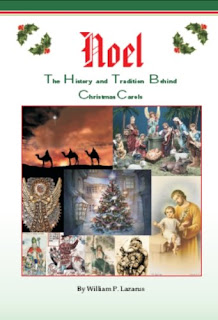 The Gospel Truth
This book answers the basic question:  Since the authors of Matthew, Mark, Luke and John don’t agree, where did they get their information? (published in 2010) https://amzn.to/2L3LswO 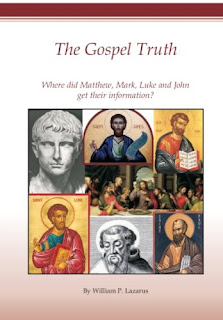 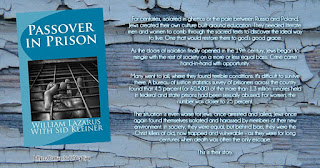 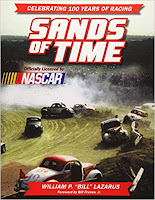 
A look at the forks in the road faced by NASCAR in the past and in the future. (published in 2015) https://amzn.to/2PiNMpk

Around the Curve: NASCAR continues to face challenges as it speeds into the future. That's nothing new for the one-time regional sport that has faced multiple roadblocks since its inception. Author William Lazarus
https://amzn.to/2ZpaD64 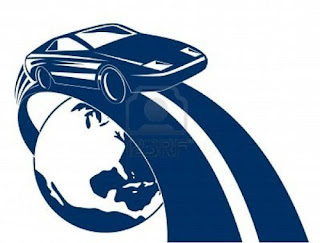 CQI in the Classroom (with Dr. Robert Cornesky)
A detailed guide to advanced teaching techniques now adopted in major universities. (published in 1998) https://amzn.to/31UuXdh 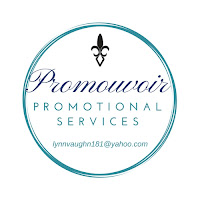