An Author With A Flair For Drama, Murder, Mystery
and Sexy, Hot, Romance! 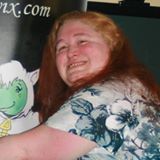 Freya's prolific writing career has spanned over 20 years. During that time, she has written numerous articles for Examiner.com and Bubblez, as well as novels in several different genres. She is also the author of several children's books under a pen name. During her teen years, her writing accomplishments included being listed in the national Who's Who in Poetry, as well as The Library of Congress. Her twelve years' experience as a mother has allowed her to weave her children into her numerous stories. Her unyielding passion for writing flows onto the page and is evident in everything she writes. When Freya isn't busy writing, she enjoys crafts, reading, and photography. Freya lives in West Virginia and enjoys spending time with her family and friends. 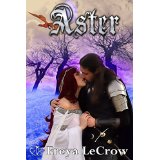 Warning: For Mature Adult Audiences. Contains language and actions some may deem offensive. Sexually explicit content. MF. The unthinkable happened to the human race—earth broke apart and blew up. The remaining survivors loaded on a ship in search of a new home. They finally found a planet that would sustain life. What they didn’t count on that it already did for creatures who had previously only lived in stories. When the new world welcomed the humans, the humans soon found not all was what it had been—at least not for a choice few. The strange new world had prepared for their return long before the day the ship landed. Will the planet they called Aster serve as a new home? Or will it turn into a nightmare for the chosen few? 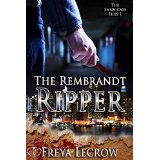 
In book one of the Shaw Case Files: New York Detective Kissney Shaw is placed on a case that will make a career or kill one when bodies start appearing around New York. With no clues and little evidence it looks like the killer will get away with murder, but Kissney refuses to give up.


Levi is Kissney partner on the force and in her bed. Both partnerships could come to an end when the man who holds Kissney heart shows back up in her life.


After a letter appears at the papers declaring the man "The Rembrandt Ripper", Kissney has to fight through the troubles in her life to stop a killer that seems to know more about her than she does of him.

The city that never sleeps has seen many serial killers, but this one will haunt them for years to come. 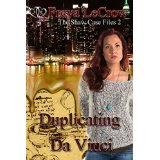 In book two of the Shaw Case Files: Kissney and Levi have spent years chasing one serial killer that left them wondering if they would ever find the suspect. Now with a new one running loose in New York City, they find themselves in the same predicament—only this time it involves hot wax. Can they catch the culprit of these unique murders? And how many will die before they do?
Levi comes to terms that the love he feels for Kissney won’t be returned but finds that ties to the woman aren’t easily cut.
Kane accepts an assignment and deploys with the military, promising to return. What he couldn’t promise was in what condition.
Kissney struggles with the stress from her job along with that in her personal life, leaving her questioning whether she should walk away from one or both.

Freya takes pride in her street team.
Please come join and be a part of her literary accomplishments.
https://www.facebook.com/groups/405238912968405/ 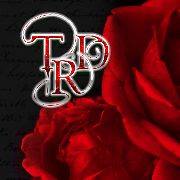 Posted by Crystal L. Gauthier at 9:26 AM