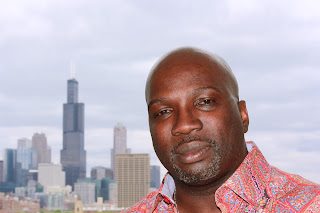 Welcome James, we are so happy you could stop by today!
Please tell us a little about you and your book.

When did you first realize you wanted to be a writer?  It had to have been 5th grade during English class throughout the year. I was always writing stories and what I thought were poems the entire year.

How long does it take you to write a book?  It really depends on the genre of the book but anywhere from three to seven months. Add six months for pre and post promotion.


What is your work schedule like when you're writing? If I’m on the set of a show, I’m writing or recording on my phone or in a notebook. But I’m always writing, whether on social network or napkins, etc.


What would you say is your interesting writing quirk? I prefer to write at night into the early morning.  Doing this makes me think of famous authors having done the same thing. 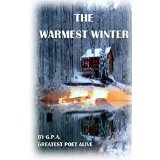 How do your books get published? I am a self published author.

Where do you get your information or ideas for your books? I read a lot, watch movies quite often, and I travel extensively. Plus, I have a vivid imagination.

What do you like to do when you're not writing? Hanging with my family, playing video games, writing, working out, and watching movies.

What does your family think of your writing? My family is very supportive of my work.  The first couple of years my Ma went with me to various fairs to sell my books

What was one of the most surprising things you learned in creating your books? I’m surprised that I wrote some of the things that I did. I read poems and wonder, “Wow, I wrote that.” I’m so into the process that the content never hits me.  And I rarely read my work until months later. 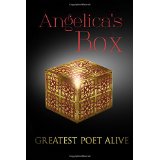 Do you have any suggestions to help me become a better writer? If so, what are they? Read a lot, then write just as much. And after that, see as many different things to jar the senses. Repeat.


Do you hear from your readers much? What kinds of things do they say? I interact with readers often. Most of what I get back is positive.  As any author knows, you receive a few comments that aren’t so positive.


Do you like to create books for adults?  That’s part of my talent and appeal is that I can write for different audiences.


What do you think makes a good story? A good story has a strong plot that serves as a vertebrae,. Then, the details are quite vivid so the reader can see, hear, smell, and touch what’s going on. And after that, the story must have closure that ties it all up.


As a child, what did you want to do when you grew up? I wanted to be Batman

Warmest Winter:
A collage of a grisly murder, rampant adultery, questionable alibis, and heart halting truths heat up what is normally the frosty season of Chicago. Attorney James Gordon is thrust with the unenviable task of trying prove his friend's innocence in a crime that defies the definition of horrible, while also combating his own demons. Chicago has never been this warm during the Winter.

Angelica's Box:
There came a moment when one man realized that there was another inside of his head. In this case, the arrogant entity that is G.P.A.(Greatest Poet Alive) became cognizant that another with an even higher level of self-esteem crossing the border of narcissism was speaking to him. And this "man" would be known as the omniscient Pizzle. Angelica's Box is the result of the many conversations between these two individuals that focus on issues they encounter everyday.
Posted by Crystal L. Gauthier at 12:35 PM