SPOTLIGHT OF THE WEEK! 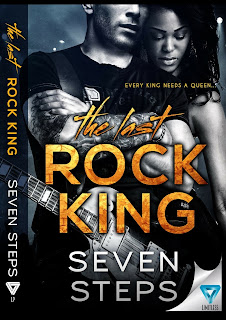 Upon it's release on September 27th,
from the very beginning
this book promised to be a winner.
Well here it is ON SALE...you be the judge.
Buy Now! https://www.amazon.com/Last-Rock-King-Seven-Steps-ebook/dp/B01LW7UXMF/ref=tmm_kin_title_sr?_encoding=UTF8&qid=1480289945&sr=1-6

Cassie Washington thought spending her summer touring with a rock band would be an adventure… When Cassie’s father invites her to take time off from medical school and go on tour with the rock band he manages, she envisions traveling the world, meeting celebrities, and finally making peace with her estranged father. But when the rock star sets his sights on Cassie, she's forced to make a life-changing decision. Fulfill her lifelong dream of being a doctor, or become the Rock King's new queen?Noah LaRock was once dubbed The Last Rock King, but that feels like a long time ago…Noah’s popularity has waned, but he hopes this world tour will change all of that. After getting off on the wrong foot with the new on-staff nurse—Cassie, who just happens to be his manager’s daughter—his best friend Dondo is introduced to Cassie’s friend Kelly. The next morning, Kelly is found murdered.As the tour goes on, more girls wind up dead…Cassie pleads with Noah and the authorities, convinced that someone with ties to the band is behind the murders—but even after an arrest, the bodies keep piling up. And that’s not all for Noah—he learns that his record label’s dropping him, his money has run low, there's a killer targeting his fans, and his on-staff nurse has taken up permanent residence in his thoughts. Can Noah revive his career, catch a killer, and win Cassie's heart—or is it already too late for the…Last Rock King? 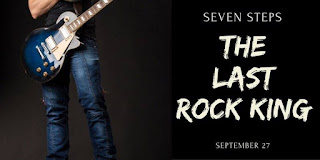 "Let me be that I am and seek not to alter me." William Shakespeare, Much Ado About Nothing.

I am a working wife and mother and have been writing for as long as I can remember. One of my first book reviewers (you know who you are) often reminds me of my first short story. I was in third grade. It was about a bee's journey to find a pot of missing honey. He says that I have improved since then. I think that he's right.


I enjoy hanging out with my family, thrifting, and Disney vacations. My favorite hobby is starting hobbies that I wont finish.


There are a thousand stories in my head at any given time. Hopefully, some of them will make it out for you to enjoy. 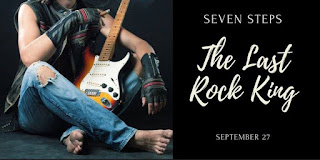 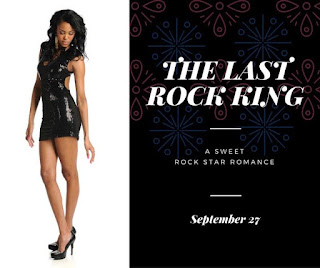 END OF THE YEAR PRICING!!

If you've ever been interested in working with The Owl Branch, now's your shot!
We are upping our prices after the start of the new year and would like to invite you to check out our end of the year prices before they changed.

The Owl Branch - SERVICES OFFERED Until 2017!

Gold: $20.00 per month or $220.00 per year one-time fee.
Includes:
Your own Page on The Owl Branch Website with your books, bio, and links.
(Social & Book links)
Social Media Promoting on
Facebook, Twitter, Tumblr, CoPromote, Google Plus, Linkedin, & Pinterest
Author Interview for Blog
Provide special announcements for all your events, book signings etc.

Platinum: $30.00 per month or $330.00 per year one-time fee.
Includes: Your own Page on our website. Plus, your own Website connected to The Owl Branch with your books, bio, and links. (Social & Book links)
Social Media Promoting on
Facebook, Twitter, Tumblr, CoPromote, Google Plus, Linkedin, & Pinterest
Author Interview
Provide special announcements for your events, book signings etc.
Host an author event especially for you &
Provide Takeovers for your event. (two times per year)
Get an instant $5.00 off your choice of either Blog Tour or Author Video
(when you order the platinum membership)

The Items below are separate. (a’la carte)
IF you don’t need a full time promoter.
*Pick the things you want and we will tally them up and send you and invoice for all you purchase.

- A ONE-DAY PROMO BLITZ - $10.00
The One-Day Promo Blitz is good for release days or announcing sales.

- A RELEASE DAY ANNOUNCEMENT - $10.00
We will send a release day announcement out to our entire blogger list, please push the announcement to all social media platforms.

- A FIVE-DAY PROMO BLITZ - $35.00
We book as many blogs as possible during those five days to maximize your title’s exposure. Blitzes take place Monday through Friday only. Blitz materials are sent to bloggers as both a plain text document and a HTML document (for copy/paste convenience).

- ONE FACEBOOK RELEASE PARTY WITH PURCHASE OF PLATINUM MEMBERSHIP or $50.00 à la carte.
Facebook release parties are a good way to announce your book is coming out and they are a good way to connect with readers. However, it’s not always easy to take the time to spend all day on Facebook for the party. What we do here at The Owl Branch PR is book authors and bloggers for time slots to fill in and keep the party going without monopolizing your time.

- VARIOUS PROMOTIONAL GRAPHICS - Contact us for Pricing.
We will supply you with two ‘coming soon’ graphics and two ‘now available’ graphics, all tour/blitz/review request graphics, a Facebook cover photo, and a square graphic for sharing on platforms such as Twitter or Instagram.

- 1 MONTH OF SOCIAL MEDIA PR - $175.00
Daily sharing of your book links across 20+ Facebook groups, 20+ Google Communities, on Twitter, TSU, and a promotional email for you and your books sent to The Owl Branch PR book blogger mailing list complete with pre-typed posts for their copy/paste/share convenience.

Posted by Crystal L. Gauthier at 6:36 PM No comments: