~Be More Successful with Marketing and Advertizing~

Have you run out of ideas? Hit a plateau in your sales? Are you banging your head trying to come up with marketing and advertising techniques that will get those sales started again?
Focused mainly on authors and anyone in the publishing industry, there’s an abundance of information that can be utilized to increase exposure. It’s a Call-to-Action and is specially written to help you move into a positive forward motion. There are ideas and techniques that can be taken advantage of before you finish reading.
Sometimes you just need a little nudge to get your creative juices flowing and release all those ideas that are rolling around, begging to get out. It’ll help you with the basic principles to build an effective marketing plan and be more successful. Get a fresh insight and understanding of how to reach your goals, get your momentum going, and build the following you need to succeed.

Pamela Ackerson started writing poems and short stories as a teen. Later, as a young mother, she continued writing children’s stories and poems. Born and raised in Newport, RI where history is a way of life, Pam now lives on the Space Coast of Florida, a hop, skip, and jump from Orlando, where imagination and fantasy abounds. She has three children, all girls, three grandchildren and a wonderful husband. (Obviously, don’t we all say that?) But, it is true, and she will be the first to admit it. He is a wonderful husband, and she has concrete, undeniable proof. She has not plotted his demise… yet.
Pam may have majored in child psychology with a minor in English, but her distinguished choice of careers never made fruition. Instead, life led her to work in restaurants, interior decorating, owned an advertising business, content editor for a publishing house, owned a ballroom dance studio, and real estate investments. Pam is a practicing herbalist and has been involved in the use of natural treatment with raw herbs for almost thirty years. As her day job, she currently works as the V.P. of Marketing and Advertising for the book review magazine, Affaire de Coeur.
I am the Marketing and Advertising Director at Affaire de Coeur Book Review Magazine
If you are an author and are interested in promoting your book or books with the magazine, I will be happy to work with you and do everything I can to make life easier for you. (Rates are very reasonable)
pamackerson@adcmagazine.com or advertising@adcmagazine.com
Let’s be:
Friends/Facebook
Tweet, tweet, tweet on Twitter        Pinterest        Google+         LinkedIn
I make every attempt to friend/follow back on twitter and facebook! Sometimes I miss the follows, email me and let me know if I haven’t followed you in return. Gentlemen, please understand I don’t write romances. I am not interested in starting one. I am quite happy with my husband.

Will also be available in print by the first week of October.
Posted by Crystal L. Gauthier at 4:34 PM No comments:

Some Children's and Young Adult/Teen Books to Read 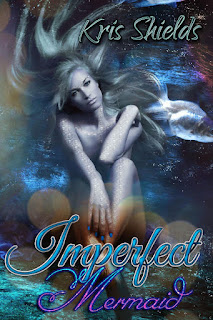 Grandma, Me and Tree: by Jerry Pociask
Learn the secrets of nature the indigenous cultures have known for centuries

Grandma, Me and Tree
As an artist, Grandma spent countless hours searching the woods for wildlife to draw. Always having believed there was a link with nature and humans, she encounters a special tree that proved her theories and gave her more than she even bargained…
AMAZON.COM

Rusty’s Chronicles:The beauty of nature enhances the incredible journey to allow us to see, touch and feel each adventure. #Inspirational 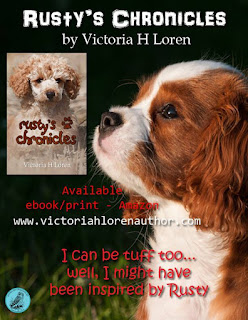 The Dragon Dreamer: (Dragon Dreamer Book #1)
A fast-paced adventure with flying dragons, an undersea world, and an unlikely friendship.

The Dragon Dreamer
The Dragon Dreamer is a fast-paced adventure with flying dragons, an undersea world, and an unlikely friendship. It's a science fantasy layered for readers age 9 to 99.Arak is a misfit dragon called "Dreamer". Determined to prove himself he leaves…
AMAZON.COM

Clayton's River Adventure Continues: Cincinnati to Frankfort
Join Clayton and his friend, Austin, Grampy and Mom on a fun, intriguing, and informative second adventure onboard the Granny Rose!
AMAZON.COM

Posted by Crystal L. Gauthier at 1:06 PM No comments:

Love The Blue Bird: Crochet Owl Pattern...: I loved making the owl in my last post. When I saw the picture of it on Pinterest, I knew I wanted to make a few. But after searching for w...
Posted by The Owl Lady at 10:29 AM No comments: 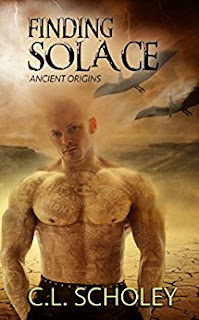 Solace...a woman with the serenity to heal his tortured soul.

Months ago, Solace is yanked from her world to an ancient planet filled with hybrid beasts. She has learned to fight for her life and for the sad race of humans striving to survive. A pack of raptors proves more than she can handle until a fierce tattooed man steps in to save her. He is as dangerous as his name, and yet his touch fills her with passion beyond her world or his. Amidst the grueling chaos of her new life, Solace finds peace in his arms. But peace is rare and fleeting...

Menace...a man with no hope and accustomed to danger.

Destruction follows in his path until his way is blocked by the first light he’s seen in decades. The beautiful human female he saves from certain death brings him to life in ways he's never dreamed possible. She stirs emotions old and new and becomes the love of his damned lonely life. Then she is stolen, and Menace will stop at nothing to once again find Solace. 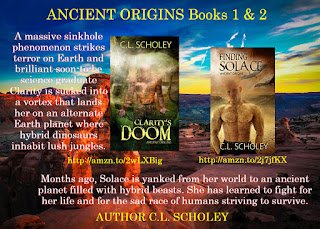 ༺❃༻NEW RELEASE༺❃༻
TACKLING LAUREN
by J.J. Marstead
Lauren
My brother’s best friend, Beckett… God, just the sound of his name sends shivers down my spine. He’s hot and he knows it. 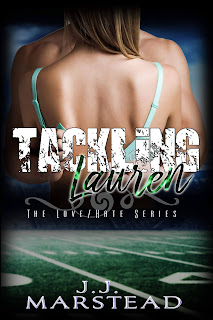 And I want him.


But when a mistake I made comes back to bite me in the ass, will it cost me a chance at happiness? Or will Beckett finally be able to see me as more than just his best friend’s little sister?

Beckett
My life couldn’t be any better. My dreams are coming true, with everything I could ever want at my fingertips. I get to play football and have my choice of any woman I desire. But my life gets turned upside down when my best friend Eric’s baby sister Lauren comes to stay with us for a month.
How will I be able to control myself around the eighteen-year-old if she can’t keep her hands to herself?
God, help me.
Give me strength that I’ll need to survive the month. I’m going to need it. 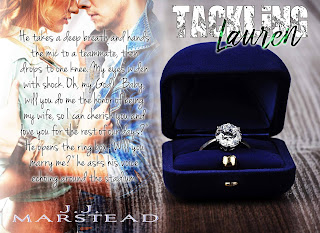 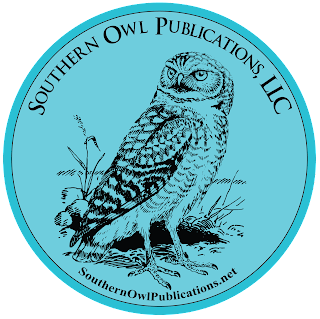 When the Streetlights Went On"...join us on a journey of the past as we share the forgotten ... with a willingness to celebrate traditions we let go of ... no longer wanting, or perhaps lost to technology.End of LifeSuzie's monitors seemed a bit out of synch. "Oh my darling, how I so loved that song, and it mattered not how awful you sang it, I will always know it came from your heart..." The monitors flickered once more then fell back to their usual rhythmic patterns.Three Days of DarknessOne can never prepare for being cold, alone, and in total darkness ... above the thunder Evelyn was convinced she was hearing voices ... "Momma?" Evelyn jerked her head upright ... a familiar voice was calling to her ... holding her breath she listened to silence..." 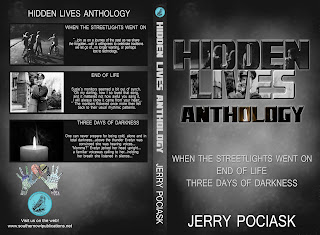 THE OWL OF THE SIPAN LORD


Martin and Clare Montgomery worked together as an archaeological team until Martin mysteriously died. Fearing the rumors of a curse Clare vowed to never return that was until a rare blue eyes owl began to haunt her dreams. Was this a sign from her beloved Martin or something more sinister? 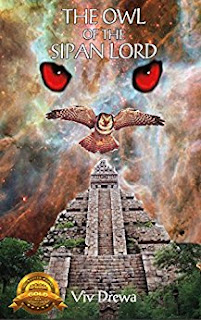 In a financial pinch, Emily Jordan takes a year off from college to work as a domestic for the billionaire Blackwood brothers in their lavish Kenilworth estate. Both are instantly attracted to her.Joel is a tantric mystic who wants nothing more than to achieve nirvana. Jackson is the dominant alpha shouldering responsibility for the family's international industrial engineering firm. With Joel and Jackson, Emily explores different worlds of sensuality under the watchful eye of the abusive head housekeeper. Both brothers have their charms, and Emily finds them attractive, each in his own way.Will she choose passion or penance? 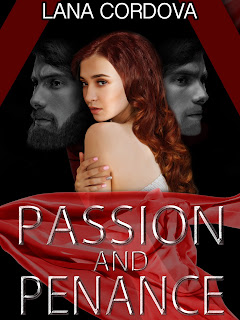