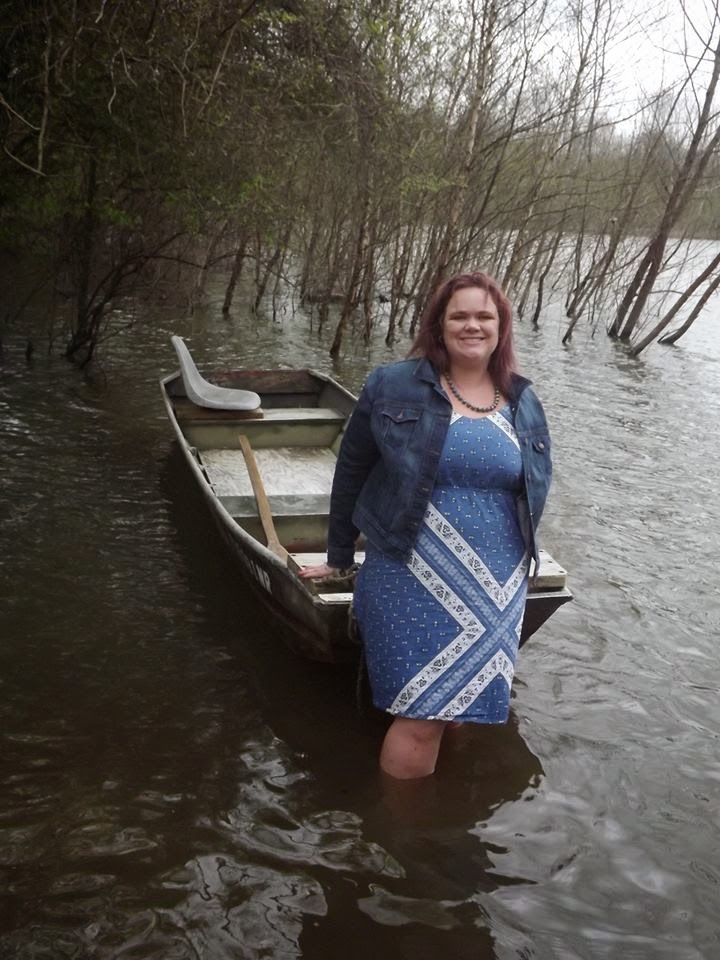 Author Gen Griffin is a premiere author of The Shiners Bayou Novels. She is currently working on her second book in the series called. Releasing December 24, 2014. Her new book The Scavengers is truly going to be an epic novel.

Want to get to Gen better?

Shoot an email at:   gengriffinauthor@gmail.com 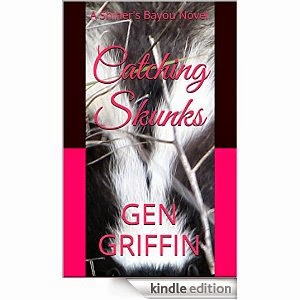 Shiner's Bayou Book Two
Trish Shallowman feels like her life has been put on pause. She has a fiance who keeps pushing back the wedding date, a job with no start date and a car that breaks down on alternating Wednesdays.

When Trish's mother asks her to temporarily move to Shiner's Bayou and take care of her ailing grandfather, Trish figures that a change of scenery can't make her situation in life any worse.

She wasn't expecting to spend most of her days trying to prevent her grandfather from shooting at the mailman or that her impossibly gorgeous neighbor would decide he wanted to be her first ever one-night-stand. She definitely wasn't expecting that two months in Shiner's Bayou would make her question whether the future she's spent so much time waiting for is really the future she wants.
http://www.amazon.com/Catching-Skunks-Shiners-Bayou-Novel-ebook/dp/B00QWG6QPO/ref=as_sl_pc_tf_til?tag=gengriautandw-20&linkCode=w00&linkId=JF7IEFDDEIQOXS7H&creativeASIN=B00QWG6QPO

The trailer was on fire and David couldn't force enough air into his lungs to breathe. The ancient single-wide was going up in a ball of orange and red. Flames were licking their way up the walls in the hallway. The walls burned like they were made of thin paper. Embers flew in all directions. One of the embers caught his chin, burning into his flesh as sharply as a lit cigarette would have.

In a distant part of his mind, David wondered if Addison had come home from work and fallen asleep in bed with a lit cigarette. He wondered if Addison had burned to death in his bed, less than 100 feet away from where David was sitting now, watching the flames approach. The thought of his best friend dying jarred David back to the reality of his own situation. He was going to be a very crispy critter if he didn't move. Now.

David flung the comforter away from him as the edge of it began to smoke. He was never going to make it out the front door of the trailer. The hallway between his bedroom and the door was totally engulfed in flames. The windows would be his best option. Unfortunately, the windows had been stuck shut for a couple of years now. He grabbed hold of the 12 gauge shotgun that he always kept beside the bed. He smashed the butt of the gun into the glass of the window. The window gave with a loud crack. Three more solid strikes and the glass was gone, lying on the ground below like a spiteful booby-trap.

The room was filling with smoke now. Flames were spreading across the carpeting of the room. David tossed his shotgun out the window and then jumped out after it, landing barefoot in the broken glass below. Flames came whooshing out the window behind him a moment later as the curtains caught fire. Somewhere in the distance, sirens were screaming.

Someone grabbed David by the arm and began dragging him back away from the burning building. “Get up. Dammit, David. Get up. I can't-cough- fucking – cough – carry you.”

David looked up at Addison blearily. He felt dazed and disoriented. “You're not dead.”

“Not at the moment, but we will be if the damned propane tank behind the house goes.” Addison yanked David to his feet. He was dragging him backwards, away from the flaming trailer. Pieces of the roof of the trailer were starting to come off in burning chunks. One of the burning shingles landed next to David's foot. Addison stomped on it.

“My truck,” David's eyes fell on the Toyota, which was sitting parked in its usual spot next to the front porch. The hood was engulfed with flames. It burned like a funeral pyre, sending flames 15 feet into the air.

“Too late for the truck,” Addison kept pulling David towards the highway. David wanted to go back to the trailer. He wanted to try and save his truck. Addison wouldn't let him go. “Dammit David, come on.”

“The fire is going to spread to the propane tank.” David barely realized he'd said the words out loud.

“No shit,” Addison had to fight against the smoke filled air to get the words out. “I just said that.”

All of a sudden, David could think again. At least, he could think enough to realize that if they didn't put a whole lot more distance between themselves and the fire, they were probably about to die. David quit fighting against Addison. “We should run away now,” David told him.

“You think?” Addison wheezed as he released David's arm. 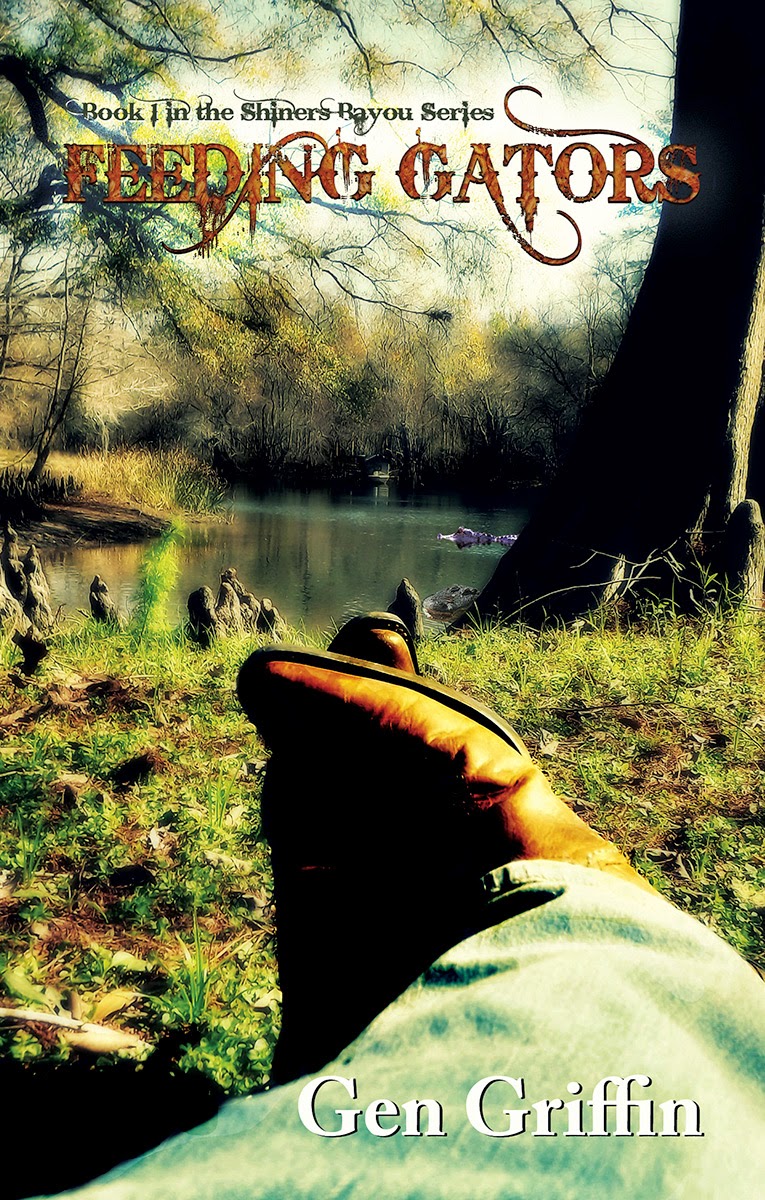 The Shiners Book One﻿

Not wanting to sleep with someone isn't a crime, unless you kill the guy who won't take no for an answer. Austin's body isn't even cold on the floorboards when Gracie Malone decides that the best way to deal with an accidental murder is to pretend it never happened. Accompanied by the most notorious alleged murderer in her small hometown of Shiner's Bayou, her womanizing big brother and the ex-boyfriend she's never going to get over, Gracie knows she needs to hide the body and get rid of all the evidence before Austin is even reported missing.

Disposing of a corpse is never an easy task, but doing the dirty work becomes much dirtier when Gracie and her friends have to deal with a newly minted Sheriff's Deputy looking to avenge an old grudge. With Eddie hot on their heels, Gracie is doing everything she can to get away with murder before someone else gets added to the body count.


David had always liked the creek at night, but his fondness for the dark, murky water didn't make him any more eager to go swimming in it.  There was a certain element of risk associated with going deep into the depths of the actual  Bayou that Shiner's Bayou had been named for at night smelling strongly of blood and raw meat. After all, it wasn't just chock full of crickets. Plenty of alligators lived in the depths of Shiner's Bayou.


He pressed the barrel of his shotgun into the bottom of the 12 foot jon boat he had used to haul Austin Putterling's body to the alligator infested moonshine still in the heart of the bayou and pulled the trigger. He repeated the process three more times until he was satisfied with the amount of dark creek water that was rapidly flowing into the bottom of the boat.


He'd heard too much about carpet fibers, finger prints and the itty bitty drops of DNA that could survive months of exposure to the elements and cleaning products. He'd used his boat to get rid of Austin and now he had to get rid of his boat.

He was going to miss the boat. 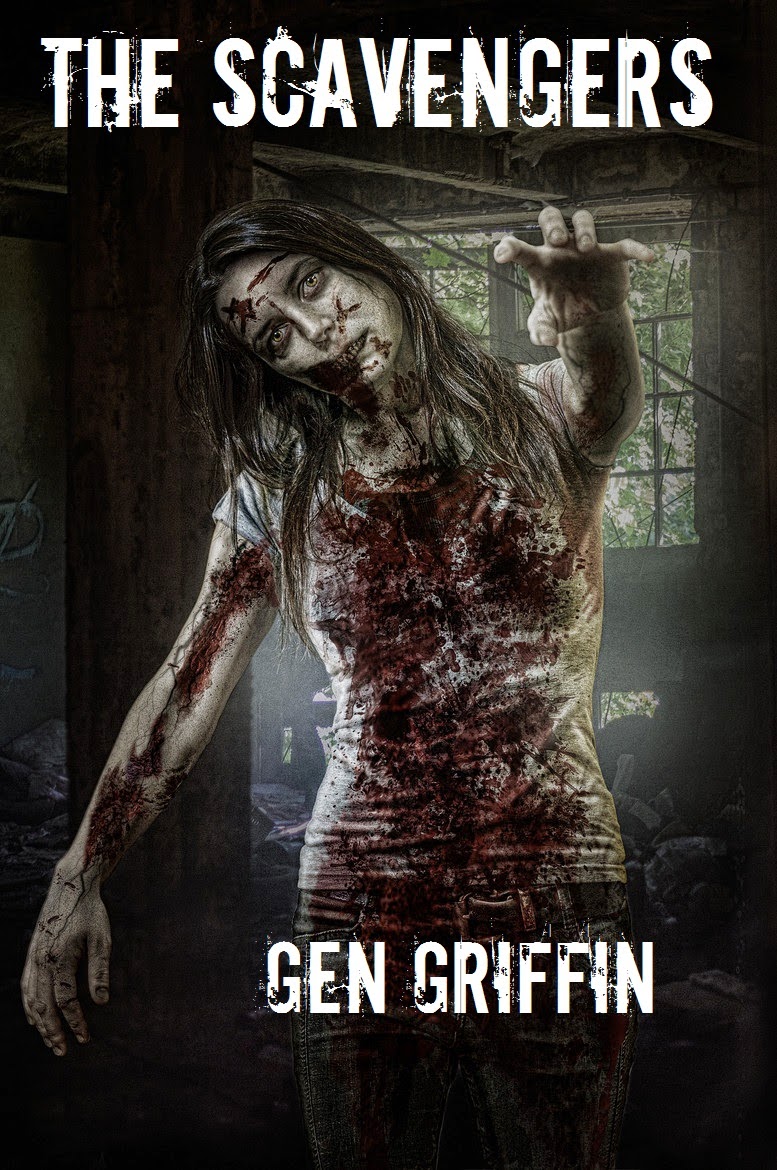 It has been 28 years, 14 weeks and 9 days since a virus had turned more than half of the world's human population into zombies. More than 95 percent of the population died within 6 months of the initial infection. Those who survived holed up wherever they could find safety.

My parents found their safety in the Cube, a building that was originally built as a prison for violent criminals. Mom and Dad have always told me the sacrifices we made to live in the Cube were worth it because we were safe.

Its been 13 days, 12 hours and 42 minutes since my parents disappeared without a trace from our apartment inside the Cube.

I'm going to leave the Cube for the first time today. Maybe I'll find my parents. Maybe, I'll be eaten by the zombies.