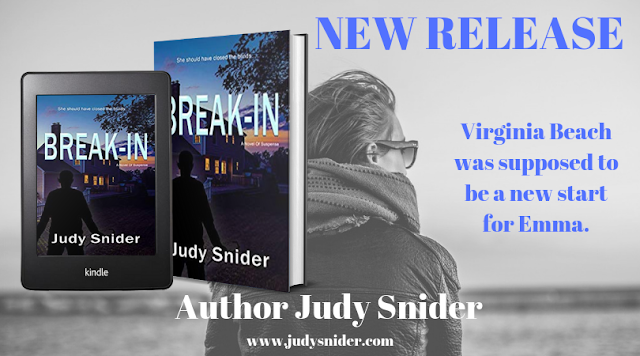 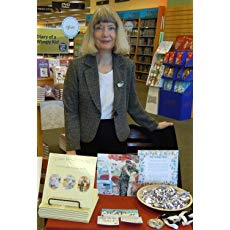 Judy Snider has written many books, one of which (Goldy's Baby Socks, a Cat Writer's Association Muse Award Winner
and Mom's Choice Award Winner) is also in Spanish. She is a member of Hampton Roads Writers and The Cat Writer's Association. She also writes novels of suspense: Too Late To Run, and The Donation Man, by World Castle Publishers, and her third suspense novel, Break-In comes out Nov.5, 2018 on Amazon. She was one of the contributors in the book, The Sacred Purse. Please see www.judysnider.com
She and her sister Joan's book, I Love You, Be Careful is a Mom's Choice Award Recipient. It is perfect for baby shower and wedding shower gifts for grownups...very sentimental and beautiful illustrations by Cady Driver. Judy is the proud mom of two grown sons, has two silly cats, and her husband, Gil Snider, wrote Brain Warp, a Medical/Political Thriller. Joan is also a proud parent and grand parent, is married and has a cat, Coffee.
Judy and Gil just came out with a beautiful mother/son wedding song on Amazon and youtube, What More Can I Say, featuring singer Edith Eloise. She writes song lyrics with her husband, Gil, and has songs on digital sites and Amazon, one with Billy Rae Stewart(If I Call A Name At Night). Judy also has two other songs out with Gil Snider, Invisible and Word's I Just Can't Say. You can learn more/listen at her main official website, www.judysnider.com 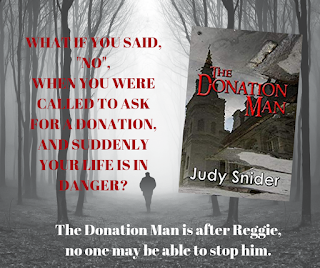 WHAT IF YOU SAID, "NO", WHEN YOU WERE CALLED TO ASK FOR A DONATION, AND SUDDENLY YOUR LIFE IS IN DANGER?

Detective Sam and News-person Reggie, beloved characters from Too Late to Run return to be embroiled in a web of terror when an evil man seeks revenge. On an extended news assignment in New Orleans, Reggie begins to fear she is being stalked after she receives an angry donation call. She thinks she must be imagining that someone is trying to hurt her until she is pushed down. Her love, Sam, is about to visit Reggie, but decides to quickly come after he senses she is in danger. Along with the help of her co-workers, friends, and Sam and his detective friends they try to track down this unknown person, before the The Donation Man harms her.

The Donation Man is after Reggie, no one may be able to stop him. 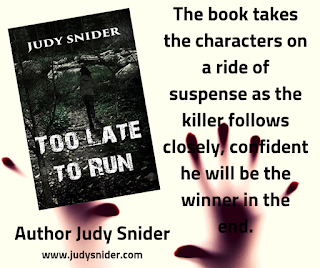 Too Late to Run (Back to Back Thriller Series Book 1)

Little did Maggie know when she woke up that this was going to be a day that changed her life forever. While waiting for her sister’s visit, Maggie gets embroiled in a web of terror as she is targeted by one of the most evil men after she witnesses one of his crimes. As the killer tries to find her, she turns to a handsome detective and a well-known news reporter for help.

Maggie has already had a terrible loss in her life, and she will not let the killer destroy her happiness, or take the lives of those she loves.

The book takes the characters on a ride of suspense as the killer follows closely, confident he will be the winner in the end. 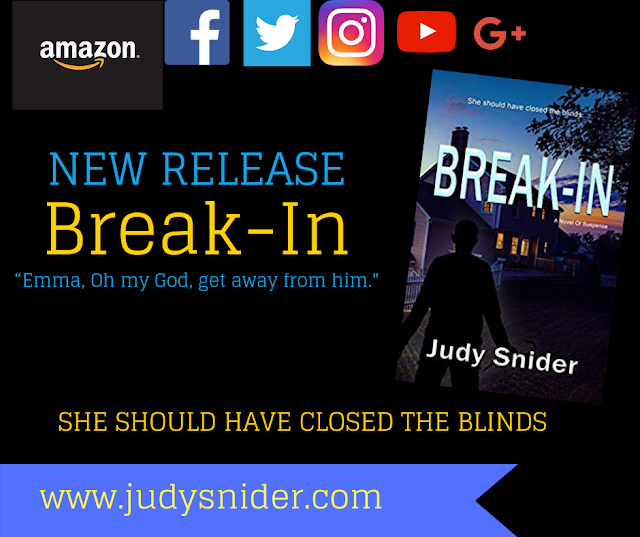 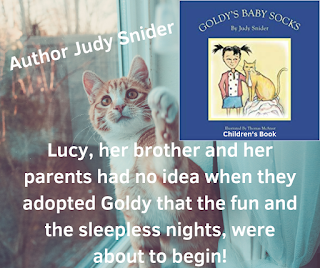 Goldy's Baby Socks is the funny and heartwarming story of a family who almost had to move because their cat, Goldy, filled their house with her surprise gifts. Goldy was a pretty gold stray that was taken in by Lucy's family. Lucy, her brother and her parents had no idea when they adopted Goldy that the fun and the sleepless nights, were about to begin!
#Children, #Cats, #Humor, #Heartwarming, #Family, #Owningapet, #Petadoption  www.judysnider.com