TO HELL I MUST GO!!!!!!
Welcome Author Rod Sadler!
We are so happy you could join us for an interview today. I had the pleasure of meeting Rod at a book signing in Grand Ledge, Michigan recently.We instatnly hit it off and I love his work. I am sure you will like it as well.
If you love history. You will love this book.
************* 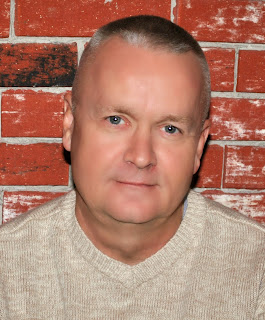 
It was about ten years ago, as I was finishing my bachelor’s degree.


It took about two years of pen to paper, but I had researched it for about ten years.

What is your work schedule like when you're writing?


I usually like to write for a couple hours at a time.

What would you say is your interesting writing quirk?


I’m not sure it’s a quirk, but sometimes just writing off the top of my head.


Having a law enforcement background, I have a tendency to like true-crime, so I’m always looking for an interesting case.

When did you write your first book and how old were you?


Having just completed my first book, I am 54.

What do you like to do when you're not writing?
I’m not really sure that I have any hobbies anymore. I used to play guitar. I guess I do enjoy doing family research.

What does your family think of your writing?


So far, so good. Everyone seems to really enjoy it. I’ve had very positive response to my writings.


This may sound odd, but the most surprising thing is that I’ve realized that I can actually write (not in the literal sense)….that I’m able to put together a book and publish it.

How many books have you written? Which is your favorite?
This is my first.

Do you have any suggestions to help me become a better writer? If so, what are they?


Research is the key, even when doing fiction. If you want the reader to believe what you’re saying, and to be able to put themselves “into” your book, you have to make the believe it.

Do you hear from your readers much? What kinds of things do they say?


Absolutely. I’m not sure I could do a child’s book, or a young adult book.

As a child, what did you want to do when you grew up?


I always wanted to be a police officer. I knew it from the time I was a young boy, and I was able to fulfill that dream, which ultimately led to my book. 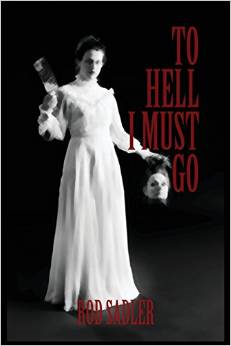 A HISTORY LESSON IN HORROR!


On a cool, spring day in 1897, Alfred Haney left his Williamston, Michigan home to earn a day's wage. He knew his wife's peculiar behavior had become more frequent, and he had planned on her seeing the town doctor, but she assured him she was feeling much better. They would go the following day instead. When he returned home later that day, he discovered a macabre murder so bizarre that it shook the entire community to its core. His mother's severed head was set on the dinner table, adorned with a knife and fork on either side. Lying nearby was the old woman's body, soaked in kerosene and set ablaze. Screaming, Alfred Haney ran from the house in search of the law, and while neighbors tried to extinguish the smoldering, beheaded corpse, Haney's wife, Martha, removed herself to the back yard and began digging wildly with her hands. Shortly after the discovery, a sheriff's deputy arrived, taking Martha into custody and lodging her in the local jail at the village hall. Ingham County Sheriff John Rehle, known as J. J. among his constituents, arrived by train and surveyed the carnage. He and his deputy discovered the murder weapon, an axe, hidden behind some boards under the rear stoop. Rehle organized a Coroner's Inquest that was held inside the house where the old woman's body lay. In an attempt to determine her state of mind at the time of the crime, local doctors interviewed the murderess. She told them she spoke frequently with her own dead mother, and her mother had told her to kill the old woman. Over the next several days, court hearings decided her ultimate fate. A panel of three doctors was commissioned to determine her sanity. In the end, there would be no prosecution. Deemed insane, she was sentenced to the Michigan Home for the Dangerous and Criminally Insane in Ionia. What made Martha Haney snap and behead her mother-in-law? Had she been insane from the beginning? Had domestic violence pervaded her short life?