Author Amanda Mackey Is In The Spotlight

WELCOME Amanda!
Thank you for sharing your book and excerpt with us. 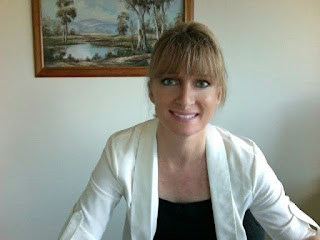 YOUR HEART TO KEEP


We don’t choose fate. It chooses us. Or so we are led to believe.
Holly Jenkins is about to receive a new heart, thanks to a donor match from accident victim, Chloe McQuade.
The victim’s boyfriend, Bad boy Jax, is angry and grieving for his lost love. He hates everything and everyone, including Holly. It isn’t until he meets her that he realizes there is something about her he can’t explain.
Could it be the beating heart of his dead girlfriend - the very one he owned, that calls to him?
Is the intense pull towards Jax coming from Holly’s own emotions or are they Chloe’s? And why is she suddenly craving things she never has before?
How do they decide what’s real and what’s not?
Is fate at play or is it something more?

What the fuck was that? I went in there with the full intention of giving that Holly chick a mouthful and I choked! I never did that! I had wanted to get in her face and tell her exactly what I thought of her goddam letter but the second I’d looked into those mocha colored eyes, those fucking stunning eyes, I couldn’t do it. What the hell? Why did she have to look like that? She made me wither under her gaze, forgetting my own name. Confounding me. I’d actually been speechless. Like everything I had planned on saying to her had been sucked into those killer eyes the moment she’d turned her face to look at me.


Grabbing fistfuls of my hair on both sides I pulled as hard as I could to try and snap out of it. She wasn’t meant to be stunning. Not one bit. She’d thrown me off kilter. Taken down all of my defenses and stripped me bare without even opening her mouth. My legs had practically been kicked from under me and I hated myself for it. I was as weak as all shit. Chloe’s death had done me in and I couldn’t take it anymore.


Micah was on his way out, after doing his good deed for the day, buttering them both up like the Nancy boy I was beginning to think he was.


Why did he have to bring me here? He could have stopped by tomorrow on his own. Why do this to me? 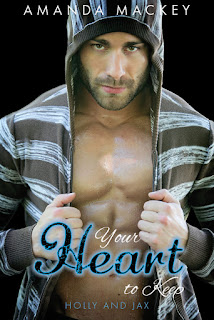 I rolled my tongue stud around and around with my teeth to try and focus on something other than the female in that house. Damn it! Chloe had barely been laid to rest and I was struck dumb by a pair of sensational eyes that had me feeling like they could pierce through all my bullshit and see the vulnerable kid who’d been crushed to learn his father was a lying, cheating lowlife.
Posted by Crystal L. Gauthier at 6:44 PM