I don’t think it was a case of actually ‘realizing’ it. It sort of just happened. I used to write short stories after studying fiction writing at a college level. I already had numerous English Literature and Language qualifications under my belt and I loved to write stories since I was small. I struggled to fit it with the women’s magazine scene in the UK. It’s notoriously difficult to get published in that industry, plus I don’t think my heart was in it. As I began to make more writer friends on social media, one was very honest and told me that my short stories seemed forced and suggested I write a novel. It freed me from the word count constraints and served me creative license on a plate. It’s a dish I can’t stop requesting now that I’ve taken a bite. 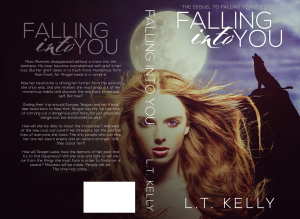 I wrote my first book, Falling to Pieces in three months. My second took around seven months because I started working full-time. Kissing Cassie took me around ten months. I just laid down Kissing Katie in an amazing eight weeks. So, really it just depends what’s going on at the time. I’ve produced four full length novels in two and a half years. I don’t think I do so bad, though social media has a lot to answer for!

What is your work schedule like when you're writing?

I’m always writing or at the very least plotting. I just do my best to write as much as I can, when I can. I don’t really have a schedule because I think it has a negative impact on what I produce. Some people think it’s better to produce something rubbish than nothing at all. I used to think that until I was under the evil negativity of rejection after rejection. I ended up deleting Kissing Katie and starting over because it was so bad.

What would you say is your interesting writing quirk?

All of my books involve a romance between a British and an American character. I dated an American Airman when I was serving in the Royal Air Force and found the language barrier hilarious. I still enjoy the differences so much. I think it’s hard to believe that two western and civilized countries sharing the same language can be so different both culturally and in the way which we utilize vocabulary. Plus, well, I just think Americans are hot. I love a good twist, something that no-one saw coming too.

Falling to Pieces and Falling into You, is a self-published two-part paranormal romance series. Kissing Cassie was published by Resplendence Publishing in August 2015. Kissing Katie has also been selected for publication by them too, that’s expected to release in December 2015. 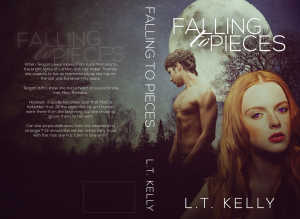 My first two books were based heavily on my own experiences of human nature, action and reaction. Kissing Cassie was born of a dream, and Kissing Katie just sort of came from no-where.

When did you write your first book and how old were you?

I was thirty-one when I wrote my first book. However, I’ve been penning stories for at least twenty years.

What do you like to do when you're not writing?

What do you mean not writing? Just kidding, I love to read, how can a writer be a writer without first being an avid reader? I love reading, reviewing and promoting other authors work.


What does your family think of your writing?

My mother doesn’t understand the concept of ploughing your heart and soul into something and not getting much in return. Now I’ve explained it’s just like how she enjoys watching trashy soap operas she seems to understand a smidgeon better. Everyone else is completely amazed at how well I’m doing and how committed I am to my art. I can’t imagine ever stopping.

How entirely lost I am to it. How my moods fall in line with my characters moods. I live and breathe my characters and stories. It never fails to amaze me. 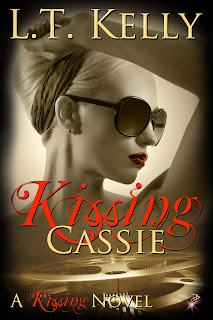 How many books have you written? Which is your favorite?

I honestly couldn’t pick a single book myself. My PNR books are so different to my contemporary romances. However, Falling into You has received the most praise so far and contains the most twists and turns.

Do you have any suggestions to help me become a better writer? If so, what are they?

Don’t think you can do it alone. You need to make friends within the community. Find someone who has your back, provides a shoulder to cry on, offers you the strength and encouragement to continue and gives you honest feedback. Even if it’s several people to provide those things, you do need it. Also, be ready to provide it in return.

Do you hear from your readers much? What kinds of things do they say?

Not enough is the answer! Most the time I get really nervous discussing my books with readers, but I’m just so happy that no-one has ever contacted me to say how awful it was!

The feeling or being able to produce raw emotions and sensations by the written word alone is both exquisite and empowering. I can’t think of anything better than writing books for adults to savor and enjoy.

Great main characters that people can relate to in some way. A wonderful pace which keeps the reader constantly engaged. A spine-tingling surprise to shock. A beautiful romance with the chase and the capture.

As a child, what did you want to do when you grew up?

I wanted to be a singer. I can’t sing to save my life…

For all information and links to L.T. Kelly’s books please visit her website:

She enjoyed a successful eleven-year career in the Royal Air Force which
put plenty of stories in her writing cap.

L.T. now divides her time between writing, being a wife, mother and an
Emergency Medical Dispatcher for the ambulance service. It’s the writing
that keeps her sane.