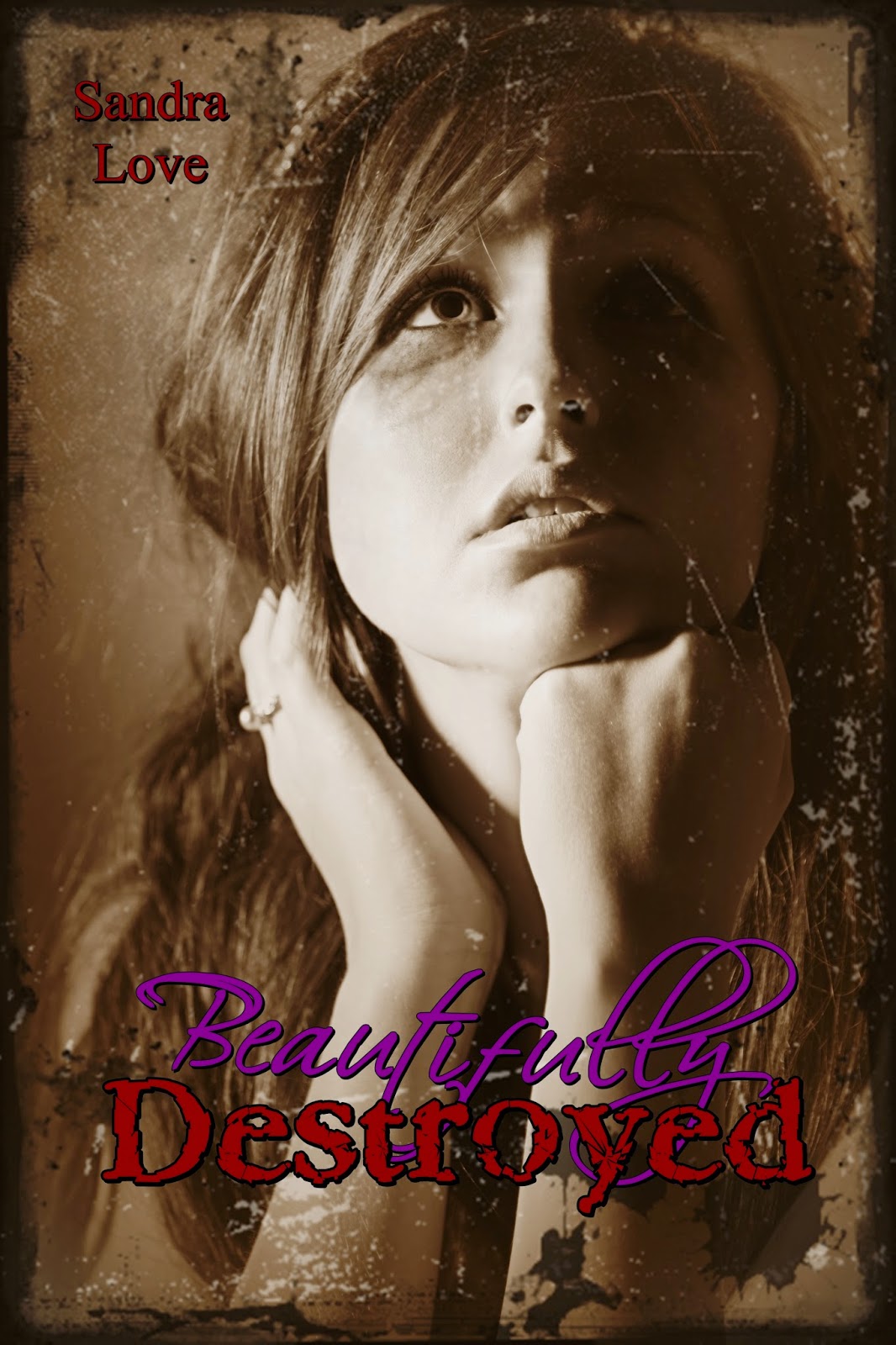 
One Mistake.
One Pill.
Equals a lifetime of being destroyed.
Toria Jacob’s had it all; rich parents, a little sister that looked up to her and also she was the most popular girl in school. A cheerleader. A quarterback boyfriend. Great friends. She was a role model, until the day she decided to destroy everything. It started with a harmless party, and then she was offered a pill. She became hooked.
Now years have passed, she was now a high school dropout, and homeless. She is also addicted to that pill that destroyed her life. Until the day she met Jeb Turner, owner of Turner Hotels. He was determined to save this beautiful girl. But is Toria beyond destroyed to be saved? Will Toria destroy Jeb?


Add to your Goodreads: https://www.goodreads.com/book/show/24662685-beautifully-destroyed 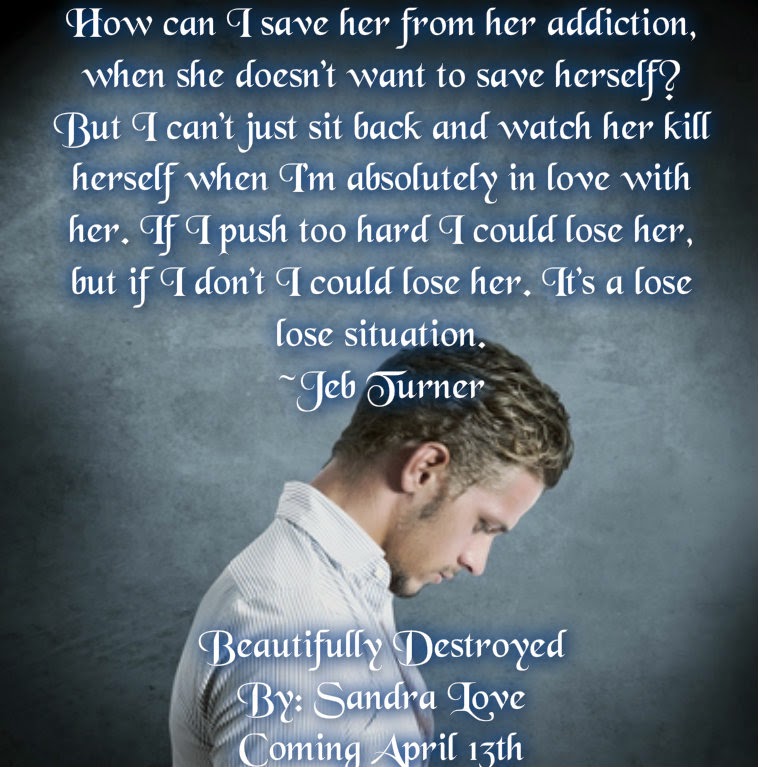 
Sandra Love is a new to the author world, publishing her first book in 2013. She currently lives in Michigan, with her son and partner. Sandra is very lucky to have a sister Amanda, who has been there with her through everything, including helping her BETA reading her books. She is also very lucky to have her editor Genevieve Scholl. Sandra has four cats, Stubby, Odin, Thor and Freya. She loves to spend hours reading her favorite authors and writing. 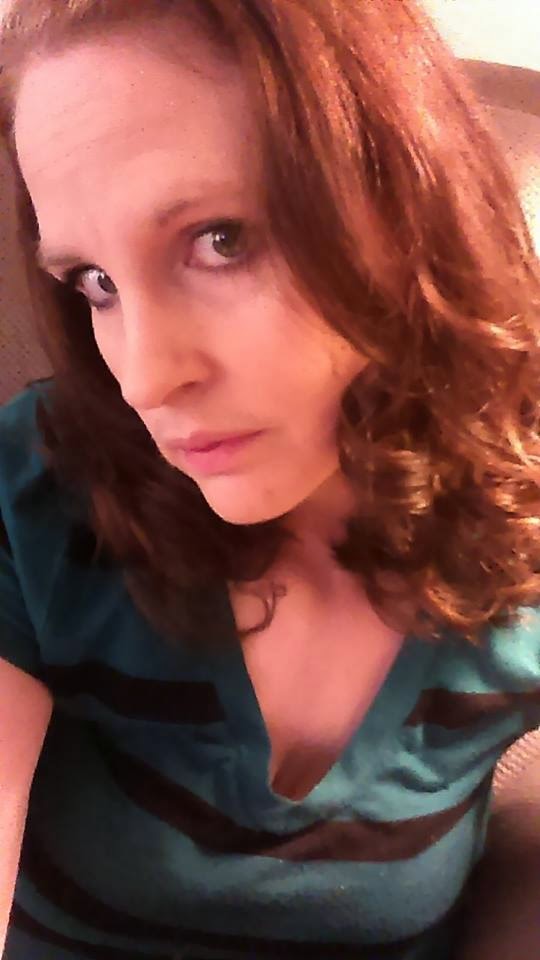 Her favorite genres are Paranormal, supernatural and romance. Sandra's first series of books (Broken Wings) is a Supernatural romance. She currently has 5 books out, Broken, Broken Hearts: Kaleigh’s Revenge, Broken Prophecy and To Love Again. She also writes under a pen name Diamond Davenport. The book is called Summer in Dallas. She just finished writing Beautifully Destroyed with is due out late April or early May. She looks up to ALL authors, and loves reading their books. Look forward to many more books by her. 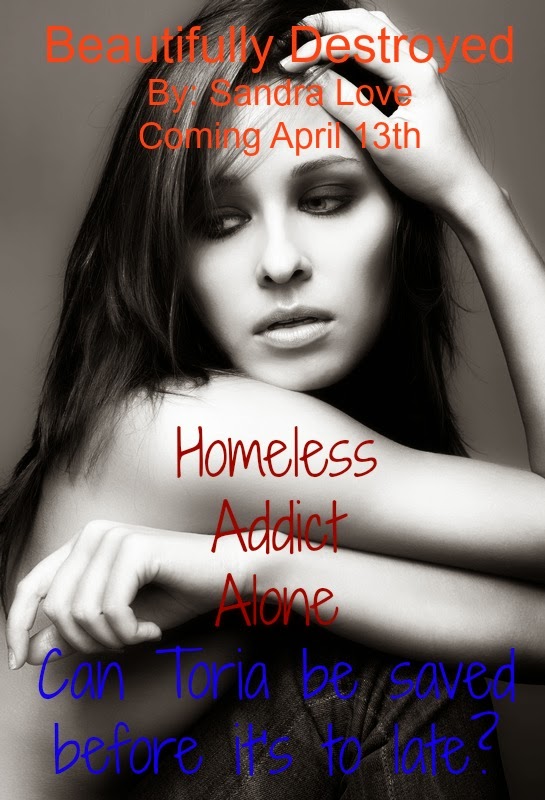