Her links are at the bottom of interview.

When did you first realize you wanted to be a writer?
I’ve always been very imaginative. I grew up an only child and always had stories going on in my head to entertain myself. When I got older and learned how to read, I immersed myself in books and then began to write down my own stories.
How long does it take you to write a book? 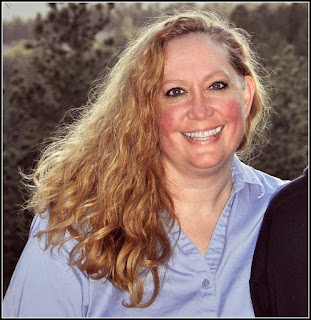 Typically about a year.

What is your work schedule like when you're writing?
I have three full time jobs. First, I am a homeschooling mom to two amazing kids. I’ve home schooled for twelve years now. We’re working at the high school and middle school levels, and I’m a very hands on teacher, so that takes up a majority of my time. My second job is that of author, but I also act as editor and proofreader for a wonderful group of authors at Booktrope Publishing. I write when I can, and somehow it all works out for me. I wouldn’t change anything about the way my days run. It’s a wonderful organized chaos full of the things I enjoy.

What would you say is your interesting writing quirk?
I don’t know for sure if I have a writing quirk. I do know that I can’t listen to music when I write. I pay too much attention to it and lose track of the idea I’m trying to get down. I write better when I’m sipping on either an iced chai or coffee…and peanut M & M’s help encourage my creative muse quite a bit.

How do your books get published?
I self-published my first two novels, The Color of Thunder and the first book of my Gannon Family Series, Alabama Skye, through Xlibris Publishing. With the second book in my series, A Skye Full of Stars, I’m still going to self-publish, but I’m taking a different route. I’ll let you know how it goes. 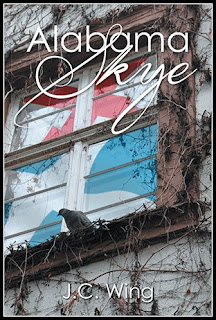 I’m a total research nerd. I love it. I disliked history while going through school, but now I can’t figure out why! I sift through all sorts of interesting things on the internet, check out books from the library, and for A Skye Full of Stars, I bought several books. I wanted to know about World War II, but I had to see it from the perspective of those living in the UK. It’s been a very interesting learning experience for me.

When did you write your first book and how old were you?
I began writing my first novel, The Color of Thunder, back in my early twenties. I had a rough manuscript, nearly six hundred type written pages, and I sent it off to a literary agent in New York City. He gave me a lot of very helpful feedback and was very encouraging. One of the things he said was that I had too much going on in the story. He told me that I needed to find the core of my tale and go with that. I then got married and my husband and I started our family. I put the book on the back burner for many years, but I always knew someday I would finish it. It wasn’t until our oldest child was about eleven or twelve that I decided to sit down and sort through it all. I wound up rewriting about 90% of it, but the heart of the story always remained the same. The Color of Thunder was finally published in December, 2012, and I was forty-one years old at the time.

What do you like to do when you're not writing?
Teach, research, read, cook….I love photography and I never turn a Jeep ride down. I also really enjoy traveling.

What does your family think of your writing? 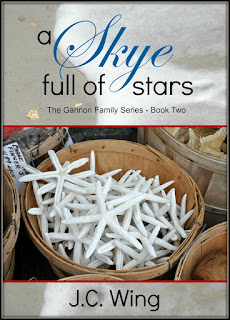 I’m pretty sure I have the most supportive family in the world. My kids were old enough when I published The Color of Thunder to realize just how important it was to me, and they encouraged me throughout the process of publishing Alabama Skye as well. Both my kids and my husband cheer me on all the time. They get excited about every little piece of news I share with them, and they let me go on and on about it. Another unfailing supporter has been my mom. From the minute I told her I was going to publish my first book, she’s been there. She reads. She encourages. She promotes. It’s terrific. I haven’t experienced any negativity from anyone in my family. It’s been really amazing.

What was one of the most surprising things you learned in creating your books?
There were countless things that surprised me while I researched for each of my books…but I won’t share them here in fear that I’ll spoil something fun for potential readers! The one thing I did find surprising after publishing the first time was just how awesome other authors are. We are an enthusiastic, generous bunch of people. I was pleasantly taken aback by how much authors want to help other authors. It still surprises me, and I’m so grateful to be a part of it.

How many books have you written? Which is your favorite?

Oh, no! It’s like being asked which child is your favorite! I couldn’t possibly answer that question! I’ve written three. My newest, A Skye Full of Stars, which is the second of a trilogy called The Gannon Family Series, will be released sometime in early July. It takes place in a small, fictional town on the Gulf Coast of Alabama, as well as on Scotland’s Isle of Skye. It’s a very personal story for me, and I have grown to love both the setting and the characters in both books very much. However, The Color of Thunder comes from a very special place, too, and I ‘hung out’ with those characters for so many years, they began to feel like real people to me. I don’t have a favorite. I love them all.

Do you have any suggestions to help me become a better writer? If so, what are they?
Just keep writing. Write as much as you can and don’t stop. It’s very easy to get discouraged, but keep going. I also think that reading has helped me become a better writer, so I would suggest picking up as many books as you can. Experiment with different genres and let your imagination run free.

Do you hear from your readers much? What kinds of things do they say?
I was really surprised when I released Alabama Skye. There were some people out there who had been following me, specifically on Facebook, but I didn’t realize it. When the book came out, these readers expressed their excitement and told me they’d been waiting for it…and then they promoted it like crazy. It was incredible! I’ve been told that I’m a very descriptive writer and that I put the reader right into the story. Alabama Skye was going to be a stand-alone book…until I started getting reviews and comments from readers who told me they weren’t done with the characters and the story, and that they wanted more. That response was so overwhelming and positive that I decided to write the sequel, A Skye Full of Stars. There will also be a third, and final, book in the series called Under a Southern Skye.

Do you like to create books for adults?
My books have been categorized as Women’s Literature. The main theme in all three of my novels has been family, and in each of them, I write about strong female characters. I believe all of them are quite suitable as YA novels, as well. The Color of Thunder, while being centered upon the lives of a southern family living in Jackson, Mississippi, is also very much about the Civil Rights Movement. It has often times been called Historical Fiction.

What do you think makes a good story?
So many things. I think relateable characters are very important, and an intriguing setting makes it even better. I want to be affected in some way when I read, whether the book makes me laugh or cry, or even if it makes me mad. I think a good story is one that makes you think, that surprises you a little, and one that you think about even after you’ve read the last page. If I can’t immediately pick up another book and dive in because the one I’ve just finished is still lingering in my head, I consider it to be a good story.

As a child, what did you want to do when you grew up?
I always wanted to write, but honestly, by biggest ambition was to become a mom. I always knew I wanted to have kids. I was right. Being a mom is the best thing in the world.

My author page for Amazon:
www.amazon.com/author/jcwing

Thanks again, very, very much!