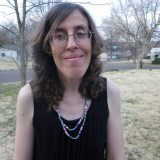 When did you first realize you wanted to be a writer?
I’ve always written stories ever since I was a kid and always wanted to write a book, but thought I had all the time in the world for that, then four years ago I was diagnosed with breast cancer. I went through chemotherapy, surgery and radiation and today thankfully I’m cancer-free, but the experience made me realize that if I really wanted to write a book I needed to do it, for one never know how long we have on this earth.

How long does it take you to write a book?
Generally it takes me two to three months to write the first draft of a novel. Then I’ll put it down for a month or two and then go back and edit. It may take me several edits before it’s ready for beta readers, editors, etc. All in all I’d say it takes a year from when I first start writing to when the book’s ready for publication.

What is your work schedule like when you're writing?
When I write I’ll set myself a target number of words for the day – usually somewhere between one and two thousand – and I won’t turn on the Internet until I’ve finished my daily quota. I find the Internet and in particular Facebook to be my biggest distraction.

I also drink about a gallon of hot tea with milk each day while I’m working. I grew up in London, even though I live in the US today, and the tea addiction stayed with me.

What would you say is your interesting writing quirk?
Cats – nearly all of my stories have cats in them. 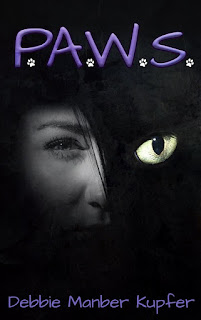 My first two books, P.A.W.S. and Argentum, were originally published by a small press, Rocking Horse Publishing, but I’m now gradually switching over to self-publishing with Createspace. For now – who knows what the future holds?

Where do you get your information or ideas for your books?
From my crazy imagination, mostly, though sometimes Google helps! Oh, and I love to people watch. I sit in cafes, waiting rooms, bus stations and observe folk and listen to snippets of conversation. There’s so much fascinating stuff out there if you keep your eyes and ears open.

When did you write your first book and how old were you?
Well I wrote my first series of “books” when I was about 12 years old. They were a series of school stories I wrote about my school and the happenings on the playground. I wrote in exercise books and I may still have them somewhere tucked in my mess of a basement.
I started many other books over the years, but never finished anything until November 2012 when I wrote the first draft of P.A.W.S. for National Novel Writing Month (NaNoWriMo).

What does your family think of your writing?
On the whole they’re supportive. My daughter in particular encourages me – in fact without a push from her I might not have even started the P.A.W.S. series.

My mother, who lives in Israel, has read my books and enjoyed them, but I’m sad that my father passed away before I wrote P.A.W.S. He would have appreciated the books much more as he enjoyed the genre and read a lot. 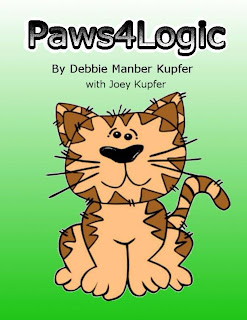 That I can do it – I can actually finish my stories. I’m also sometimes surprised at the dark places my stories take me. My villain in P.A.W.S., an immortal werewolf called Alistair, is pure evil and the weird thing is he wasn’t even in my original concept for the book, rather he strode in several chapters in and made the story his.

How many books have you written? Which is your favorite?
So far I’ve written three books in the P.A.W.S. series, the first two of which are published and the third in the edit stage. Plus I produced a puzzle book with my son, Paws4Logic and a book of short stories, Will There Be Watermelons on Mars? I also have stories in a number of anthologies including Fauxpocalypse, Darkly Never After and Sins of the Past.

It’s hard to choose just one, as they are like my children, but I would say that probably my new edition of P.A.W.S. with the fantastic new cover created by the talented Rachel Bostwick is my favorite.

Do you have any suggestions to help me become a better writer? If so, what are they?
Write the stories you would like to read and try and write a little every day even if you’re not in the mood. Also when you’re done with a draft put it away for a bit. You need a little separation before you can edit effectively. And have fun with it. Writing should never be a chore.

Do you hear from your readers much? What kinds of things do they say?
I adore hearing from my readers. My absolute favorite thing a reader once said to me was that they never really wanted to go to Hogwarts, but they most definitely want to go to P.A.W.S. – who wouldn’t?
(P.A.W.S. by the way is the Partnership of Animagi, Werewolves and Shapeshifters – and is supposed to be hidden under the Jewel Box in Forest Park, St. Louis.) 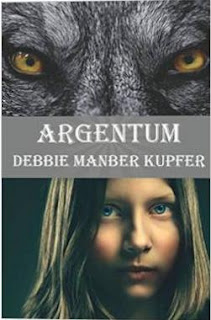 My main series is YA with plenty of crossover for adults. My short stories are a mix – some of my darker tales are more suited for adults, others can be enjoyed by readers of all ages.

As a child, what did you want to do when you grew up?
I wanted to be a journalist. I did an awful lot of different kinds of work before I settled into my writing and puzzles. I was a secretary, a teacher, a market researcher … I was even paid once for dressing up as Tigger for a Kindergarten orientation. I was never really a journalist – unless you count some really, really local papers, but today I’m doing exactly what I want to do nonetheless and for that I feel truly grateful. 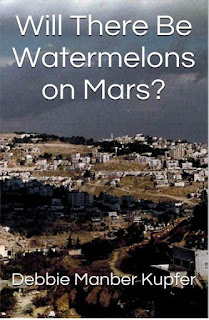 BOOK LINKS:
P.A.W.S. -  http://amzn.com/B0129GG6YQ
Argentum -  http://amzn.com/B00OVEA52E
Paws4Logic -  http://amzn.com/B00VB0PL7A
Will There Be Watermelons on Mars? - http://amzn.com/B00V596SRY
AUTHOR BIO:
Debbie grew up in the UK in the East London suburb of Barking. She has lived in Israel, New York and North Carolina and somehow ended up in St. Louis, where she works as a writer and a freelance puzzle constructor of word puzzles and logic problems. She lives with her husband, two children and a very opinionated feline. Her first novel, P.A.W.S., was published originally in June 2013 and her second book in the series, Argentum, was released in October 2014. In addition she has stories in several anthologies including Fauxpocalypse, Shades of Fear, Darkly Never After, and Sins of The Past. In February 2015 she published a book of logic puzzles, Paws 4 Logic, with her son Joey. She believes that with enough tea and dark chocolate you can achieve anything!
Connect with Debbie on her blogs:
Paws4Thought: http://debbiemanberkupfer.wordpress.com/
Paws4Puzzles: http://paws4puzzles.wordpress.com/
Facebook:
Author page: https://www.facebook.com/DebbieManberKupferAuthor
Puzzles: https://www.facebook.com/pages/Paws4Puzzles/255518324584444?ref=hl
Twitter: @CiciCat42
Amazon: http://www.amazon.com/Debbie-Manber-Kupfer/e/B00DHPNJ5I/ref=ntt_athr_dp_pel_1
Goodreads: https://www.goodreads.com/author/show/7142164.Debbie_Manber_Kupfer