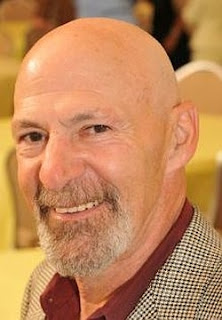 When did you first realize you wanted to be a writer?
That’s an easy one: When I was a teenager I was a voracious reader band reached a point where I wanted to be one of the people who could give others enjoyment by creating stories.


How long does it take you to write a book?
Usually 4 to 6 months, sometimes longer, sometimes shorter. It really depends on the story, the amount of research, and the time involved in editing and rewriting.

What is your work schedule like when you're writing?   When it comes to writing, I’m pretty much a creature of habit. I like to start the day by retyping the edits I had from my previous day’s writing, as it gets me right back into the groove, so to speak. Then I spend the rest of the morning writing. After lunch, I take the printed-out work from the morning (including the previous days rewrite) and edit it all. In an average day, I’ll spend 6-9 hours writing, depending on how well the creation process is going that day.

What would you say is your interesting writing quirk?
I couldn’t begin to tell you. I’m a writer; to others, almost everything I do is quirky  like finding the exact music for what I’m writing that day. One day it might be Pink Floyd’s Dark Side Of The Moon, the next, Mozart.


How do your books get published?
33 of my novels were traditionally published through such companies as Simon & Shuster, Dell, Dorchester, Putnam, etc… In 2008 I stepped away from the traditional publishing model and became an independent author. Now I publish all my novels myself. Usually through Amazon in both Print and eBook.

Where do you get your information or ideas for your books?
From everywhere and anywhere I am, from everyone I talk to and from everything I do. For example, in my high-tech medical thriller, The Cured, the death of a close friend made me question the way pharmaceutical giants manipulate drugs and governments, internationally. When did you write your first book and how old were you?
I tried writing for several year and hated everything I did, then, in my late twenties, I decided to try again and found some success. My first book was published when I hit my thirties.

What do you like to do when you're not writing?
Not writing? Really  As a self-published, or independent author, as we are known, when I’m not writing, (and except when on a research trip or vacation) I’m doing social media. It’s social media is the mainstay of an Indie author’s marketing. Unlike traditional publishers, Indie authors don’t usually have an advertising budget that will handle national or international advertising so, I spend a lot of non-writing time on Facebook and twitter, and staying in contact with my most valuable resource—my readers. And, I like most Indie authors I know, treasure my readers. If you check the back of my books, you’ll find I put my email address and other contact info there. I always hope my readers contact me. Readers are the lifeline of an Indie author, and if they like your writing, they will let the world know about you. What more can an author ask for?


What does your family think of your writing?
They accept my weird hours and strange behavior while I write, and have been supporting and helping me for as long as I have been writing! 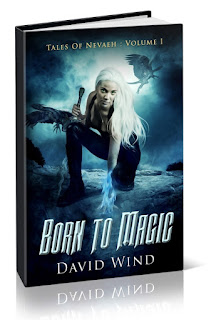 What was one of the most surprising things you learned in creating your books?
How little I really knew about the things I thought I knew.

How many books have you written? Which is your favorite?
I’m in the middle of my 38th novel. My favorite? That’s difficult because as an Indie author, I won’t publish anything I don’t like. Over the years I’ve had a lot of favorites, currently, it’s my series, Tales Of Nevaeh, because it’s something I have been wanting to write since I was a teenager. I mean, really, Sci-Fi Fantasy, Magic, Adventure, sword fighting, Kingdoms, Sorceresses, sorcerers—it’s like living in your own private world.

Do you have any suggestions to help me become a better writer? If so, what are they?
Read the best writers in every genre, learn how they tell their stories, what makes them so good, and then create your own method of storytelling by writing what you comes from within you, not what you think you may be able to sell.


Do you hear from your readers much? What kinds of things do they say?
I hear from many of my readers, and usually the questions are about the books I write, the methods I use, etc.

What do you think makes a good story?
Three Things:
1: The ability to steal you away from reality and allow you to suspend your sense of disbelief and entertain you.
2: To be able to see the story in your head, not just read the words.
3: To make you think about it after you’ve finished.


As a child, what did you want to do when you grew up?

I can’t remember back that far…….. 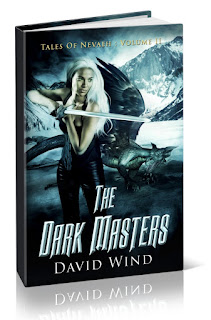 David Wind has published thirty-Seven novels including Science Fiction, Mystery and suspense thrillers. He lives and writes in a small village about thirty miles upstate of NYC, and shares his house with his wife, Bonnie and dog Alfie, a sub-standard poodle (email him for an explanation).
His newest release is the Sci-Fi fantasy series, Tales Of Nevaeh. This series is one that has been percolating in David's thoughts for a while. The first book of the series, Born To Magic, was released on February 15, 2015 and has received numerous 5 star reviews. The second book of the series, The Dark Masters, was released in May. A short story, Prelude To Nevaeh, is the prequel to the entire Tales Of Nevaeh series, and is a free download. Both Novels are in the Amazon Top 100 Best Sellers. The third volume of the Tales Of Nevaeh series will be out in late 2015.

September will see the release of Infinity’s Doorway, a Paranormal Thriller, and love story that reaches across two world.
David's Fantasy, Queen Of Knights, reached #2 on the Amazon.Com bestseller lists for historical fantasy and medieval fantasy.
David published Angels In Mourning, his 'homage' to the old time private detective books of the late 40's, the 50's and the 60's.  The type of books David used to love to sneak from his parents’ night-tables and read them as a young boy.  Angels, is a modern day take on the old style hardboiled detective.   Angels In Mourning won the Amazon.com Book of the Month Reader's Choice Award.His last thriller was The Cured, written with Terese Ramin, The idea for this Medical Legal Thriller came shortly after the death of a close friend. David said, "I couldn't help but wonder about the medication...."
His previous suspense thrillers are The Hyte Maneuver, (a Literary guild alternate selection); As peace Lay Dying, and Conspiracy of Mirrors. And Down will Come Baby, Now I Lay Me Down To Sleep and Shadows, are mystery suspense novels.