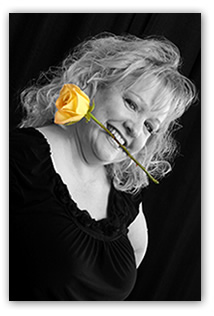 When did you first realize you wanted to be a writer?
Subconsciously, I’ve probably known my entire life. I was a voracious reader in school and always worked on yearbooks staffs and wrote newspaper articles in high school and college. Writing has always been my passion. But consciously? I first started writing novels when I was a stay-at-home mom in Philadelphia with three small children and that’s when the seed was planted of one day becoming a published author. For me, it was never a question that I would write anything but Christian romance.

How long does it take you to write a book?
I have a joke about my debut novel, Awakening. I wrote it in two weeks, but it took 12 years to get published. Let me explain. I drafted it out quickly but then put it aside to raise our children. I wrote a short novel during a week in Puerto Rico at the end of January last year (Love So Amazing). Then I came home, edited it, and released it in early March. That was an exception, however. I also dusted off another old manuscript, revised it significantly, and released it in late March (Heart’s Design). Two in one month is an exception to the rule. Most of my short novels (up to ~55K words) normally take about 1-2 months, and my full-length novels (all over 100K words) take 3-4 months to write, edit, and publish.


What is your work schedule like when you're writing?
Crazy wonderful. I *retired* (I much prefer the term “transitioned”) from my full-time paralegal position last year to write full-time. My writing schedule varies according to my energy level and where I’m at in the story. I can stay up all night writing if I want and sleep in the next day. I realize how blessed I am to be able to do this, but I love it, and it seems to work well for me. I’ve always been more of a night owl than a morning person.


How do your books get published?
I’m considered a hybrid author in publishing, meaning I have some books that are published by a “traditional” publisher (I pay no upfront costs and they produce the cover and pay me royalties). However, I was more or less pushed into indie publishing when my former publisher for my long-running book series, The Lewis Legacy Series, decided at the end of 2013 he no longer wanted to publish—period. Then I took over and now publish the books myself. In my case, it helped that I’d already developed a loyal and growing fan base of readers. Readers don’t really care who publishes a book. They want a good story. And I’ve learned how to effectively market the books, and that is key to a successful writing career (indie published or traditionally published).

What would you say is your interesting writing quirk?
I seem to work well with chaos and loud noise around me. I prefer the quiet, but in my household, I rarely get it. I used to study in the snack bar at college with the pinging noise of the pinball machines and the jukebox blaring, so there you go. I’ve learned to adapt to my surroundings. Buying a good set of noise-blocking headphones has been a wise investment, in any case. 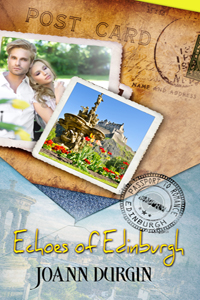 Where do you get your information or ideas for your books?  From the newspaper, television, radio, you name it. I’m an avid people watcher and they fascinate me. For example, the idea for Love So Amazing first came about when I was at a writing conference in 2010 and rode in a pedicab for the first time. Ava is a ballet teacher with a dance recital at the Hyatt Regency in downtown Indianapolis, and Sawyer gives her a ride home in his pedicab in a “meet cute” beginning. But their lives are intertwined in a way neither could ever imagine. For Heart’s Design, I originally came up with the idea when I read an article in the Philadelphia Inquirer about an area in the foothills of western Maine that was rich in natural gemstones and minerals. That idea clicked with me and the romance between a rugged, handsome mineralogist and part-time college professor and the rich girl from Boston who longs to be a jewelry designer (but expected to join her father’s Boston law firm) was born.

JoAnn will giveaway an ebook or two of the reader's choice (excluding her four-book box set). 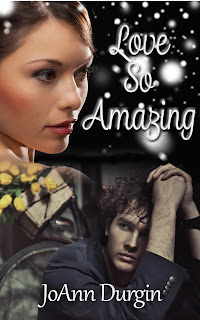 When did you write your first book and how old were you?
I first tried writing a full-length romance when I was a stay-at-home mom in Philadelphia. I took advantage of the time to dabble in my interest and love of writing. I sent out some manuscripts and received enough positive feedback and encouragement to know that it was something I should pursue further. The passion for writing never died, but it was on simmer on the back burner for a number of years while I raised the kids.


What do you like to do when you're not writing?
Spend time with my family, read voraciously, and I absolutely love to travel.


What does your family think of your writing?
My family is my greatest support system. I couldn’t do it without them. They know when to stay away because I’m “in the zone.” They’re currently used to me saying, “I need an office!” My husband goes to the YMCA and tells other guys about my books. My kids often tell others about them, too.

What was one of the most surprising things you learned in creating your books?
That writing a book is only the beginning. Typing “The End” is really only the beginning. Thus begins the editing and marketing process. It’s quite the journey. I’d encourage you read my story to publication on my website at www.joanndurgin.com.

How many books have you written? Which is your favorite?
To be fair to all my stories and characters, I always say that my favorite is the last one I released. I truly love them all. Awakening is the one I call “the book of my heart” because it was my debut novel and the one which is very loosely based on my story with my husband. It’s more the idea that the hero and heroine (Sam and Lexa) are based on our personalities and background. Each of my books has something of “me” in them whether it’s the setting, or a character trait, or something they say or do. 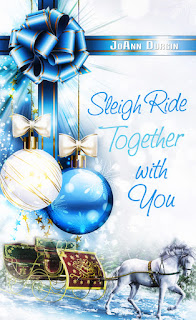 Do you have any suggestions to help me become a better writer? If so, what are they?
Keep writing. Even if you think it’s the worst thing you’ve ever written, keep writing. Like most things in life, the more you write, the more proficient you will become. You learn something with each new piece of writing you craft. Read a lot, especially in your same genre. Study structure, plot, goals, motivation, characterization, and point of view. Find a critique group. Focus on writing a good story but don’t get bogged down with trying to compare or compete with other authors. Fine tune and polish your work and start sending out queries if you’re looking for an agent or a traditional contract. Otherwise, continue the same process if you plan on self-publishing your work. As a Christian author, prayer is vital to the journey. Best wishes on your own journey!

Do you hear from your readers much? What kinds of things do they say?
I hear from readers every week in increasing numbers, especially after a new release. I can’t think of anything I like much more than receiving emails or messages from readers (via my website or FB). The ones that mean so much to me as a Christian author are the messages where readers tell me how my book has somehow encouraged them and strengthened their relationship with God and/or other people.

Do you like to create books for adults?
I love it! I’m much too long-winded to create children’s books although teaching kids to appreciate books at a very early age is crucial. That’s never been more important than in this current generation where kids are taught to be technologically savvy at a much younger age. I write romances with characters in their late 20s and early 30s, give or take. For the first time, in my most recent release, I wrote a YA budding romance in my book and I adored it! It was a blast and I like to believe I successfully pulled it off, too. 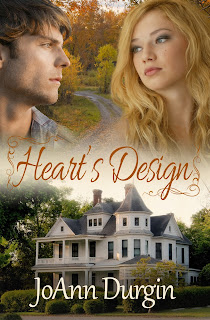 Identifiable characters the reader cares about (and occasionally wants to shake). A strong and unique author’s “voice” is so important. A good plot is likewise important but there are only so many plots to go around and it can be difficult to come up with something new. It’s the characters that really make the difference between a mediocre book and a truly memorable one. My books have found a niche because they combine a lot of elements: faith, humor, romance, adventure, “real” characters, perhaps a little mystery, drama, emotion…a virtual melting pot of a lot of things. 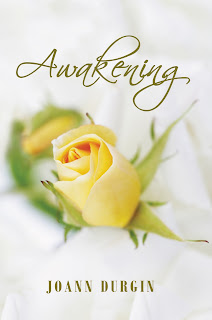 As a child, what did you want to do when you grew up?  A ballerina or a princess. Other than that, I had no real goals for a long time other than to be happy and to pursue what I love. In high school and then in college, I always knew I wanted to be a journalism major. And you know what? I’m now pursuing my passion for writing full-time. How many people can actually say that? Together with my husband of 28 years, we have three healthy children and now one gorgeous granddaughter. We are indeed blessed.


Thank you, Crystal, for asking me to join you on your blog today! Blessings. 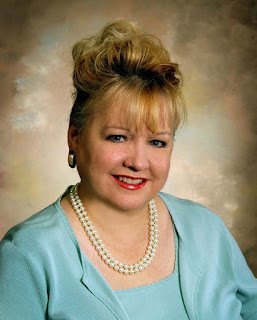 JoAnn Durgin is the author of the beloved Lewis Legacy Series and the popular Starlight Christmas Series. JoAnn’s other novels include Catching Serenity, Heart’s Design, Love So Amazing and Echoes of Edinburgh. JoAnn and her husband, Jim, live in southern Indiana, and are blessed with three children and their first grandbaby, Amelia Grace.

My series and indie-pubbed books are exclusive to Amazon but the Christmas books and Echoes of Edinburgh are trad-pubbed and available most everywhere online.
Also, all of my books are on Kindle Unlimited. Subscribers read for free.